IT’S ALWAYS Sunny in Philadelphia star Rob McElhenney jetted over to Dublin this week for a pint of Guinness in the home of the black stuff.

The writer and comedian, who plays Ronald "Mac" McDonald, on the anarchic sitcom took to social media to share a few snaps from his trip. 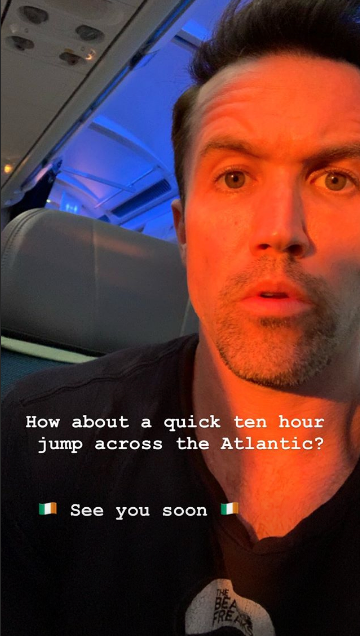 It was a family affair with McElhenney joined by his two younger siblings for the visit.

And while the McElhenneys no doubt saw plenty of Dublin during their unspecified visit, they wasted little time in getting to the Guinness Storehouse for a pint or two.

It’s no secret that Guinness tastes that bit better in Ireland and especially in Dublin, the city that gave birth to the world’s most famous stout.

That certainly proved the case for the It’s Always Sunny actor, who tweeted out an image of the poster for the upcoming 14th season of the comedy series. 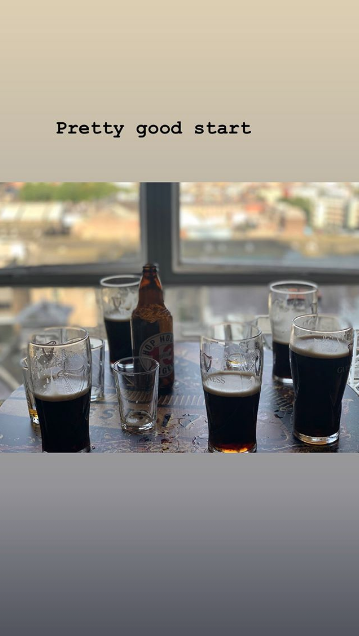 "Season 14 poster. And yes I’m posting it from the Guinness Brewery in Dublin because life is wonderful,” he wrote alongside the image.

The trip was made extra poignant for the fact both McElhenney's parents are of Irish descent.

McElhenney isn’t the first famous name to discover, first-hand, that there’s no better place in the world to enjoy a pint of Guinness than Dublin.

X-Men star Hugh Jackman went viral a few months ago after sharing his reaction to his first ever pint of Guinness in the Irish capital.

It's Always Sunny in Philadelphia is set to break the record for the longest running sitcom in television history this season.

The new series is set to boast some stellar celebrity names to go alongside Danny DeVito too, with Dolph Lundgren among the special guest stars set to feature.