THE OFFICIAL reopening of pubs across Ireland has been pushed back to 10 August, but one pub in West Limerick has vowed to open on Monday 'with or without Government approval'.

Gearoid Whelan, who owns the popular Whelan's Bar in Newcastle West, County Limerick, has been closed for four months due to the coronavirus pandemic but has announced he will be opening for business on 20 July.

This, he says, is because of the Government's refusal to close airports to tourists or conduct mandatory testing on those entering the country, even those from coronavirus epicentres such as the United States.

On 14 July, Mr Whelan took to Twitter where he voiced his anger at the estimated 250 people per day who are arriving from the US into Dublin Airport while pubs in rural areas with little to no cases were being told to remain closed.

"250 people [are] landing in this country on a daily basis from USA, an epicentre of Covid, and I'm being advised to keep my pub closed in west Limerick where we have had only a handful of cases in 4 months (thank God)," he wrote. "Enough is enough."

Whelan's, which serves bar food such as toasted sandwiches and soup, could have opened on 29 June, Mr Whelan said, but he felt at the time it wasn't the right thing to do.

He issued a warning to Taoiseach Micheál Martin, Health Minister Stephen Donnelly and Minister for Foreign Affairs Simon Coveney, stating "If the airports remain open I WILL be opening Whelans Bar on Monday 20th July with or without government approval.

"As I said earlier it's farcical the way we are being treated."

Two days later, on Thursday 16 July, he confirmed the pub would be opening for business.

We will b open at 11am monday morning👍🏼. Thanks for all the support. If a texan can come into Ireland and go where he likes our door is open to our customers who we have served for almost 70 years👍🏼. Family run and 100% safe environment. Looking forward to seeing our friends🍺👍🏼

"We will be open at 11am Monday morning," he wrote."Thanks for all the support.

"If a Texan can come into Ireland and go where he likes our door is open to our customers who we have served for almost 70 years.

"Family run and a 100% safe environment. Looking forward to seeing our friends."

The Government guidelines are not underpinned in law and it is therefore not illegal for Mr Whelan to open his bar, however it does go against official public health advice.

Further explaining his decision to The Irish Independent, Mr Whelan said that if he felt the Government were doing more to prevent tourists from spreading the virus he would happily stay closed until Christmas.

"But the fact that they’re letting tourists into the country and yet every publican is forced to stay closed for possibly another [three weeks until] at least August 10, the cases are on the rise so we won’t be open, so I think it’s time to make a stand."

“If they started testing at the airport, I’d stay closed. It’s wrong for us to suffer then for it.”

“I think we all know if you’re here on a holiday, you’re not going to quarantine for two weeks voluntarily.” 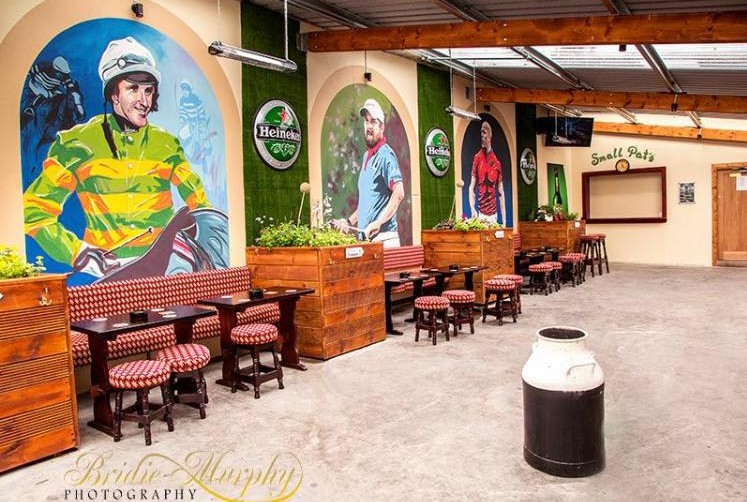 Mr Whelan has been renovating his pub since April in preparation for a return to work with social distancing measures in play.

High chairs have been removed from the bar, plastic partitions have been placed in the pub and beer garden and  he and his brother built flow-through routes through the bar.

Speaking to The Irish Times in April, he estimated he had spent €3,000 to ensure the pub was as safe as possible when it was time to reopen.

"Social distancing is going to be in play when we do reopen, whenever that is," he told the outlet at the time.