AN ANTI-LOCKDOWN demonstration in central London descended into violence this weekend with more than 30 people arrested following scuffles with police.

Hundreds attended the “Resist And Act For Freedom” rally in Trafalgar Square to protest against the lockdown measures in place across the UK.

There was also a large contingent of anti-vaccine demonstrators and 5G conspiracy theorists present at the event, which took place this past Saturday, September 19.

Several placards and signs could be seen, bearing messages like “masks are for muggers” and “Covid is a hoax”.

They were joined by controversial Irish academic Professor Dolores Cahill from University College Dublin, who spoke at the rally, telling those assembled that any coronavirus vaccine will “make people sick”.

The current chair of the Eurosceptic Irish Freedom Party, UCD has sought to distance itself from Professor Cahill in recent weeks following a series of contentious statements on Covid-19.

Vaccines represent the most effective way to halt the spread of infectious disease.

Viruses like smallpox, polio and tetanus have all been virtually eradicated as a result of vaccines. 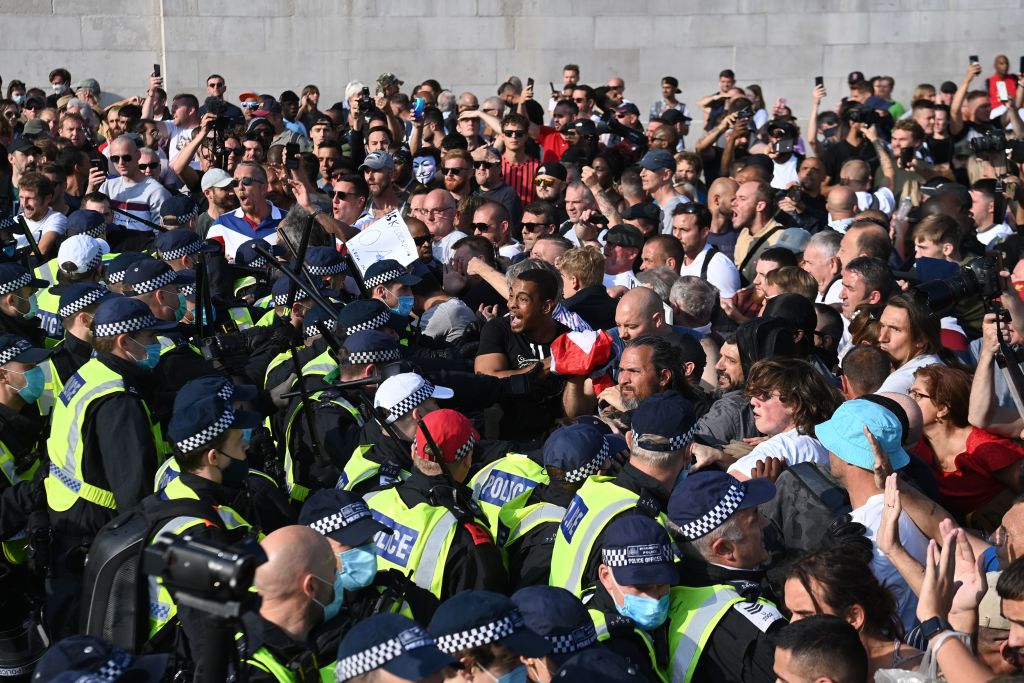 Despite this, conspiracy theorists persist that vaccines cause autism, allergies and weaken the immune system.

Police were eventually called in to clear the area around Trafalgar Square, amid concerns that many of those in attendance were “putting themselves and others at risk” by attending.

However, their attempts at breaking up the rally were met with opposition from demonstrations, who formed a human blockade against the officers, who were present in riot gear and on horseback.

Missiles were thrown and several scuffles broke out as police attempted to deal with the situation.

Protestors were eventually cleared from the monument by 5pm that day, though not before 32 arrests were made.

In a statement issued in the wake of the ugly demonstrations, police said they were required to “enforce action to disperse” after protestors failed to adhere to Covid-19 Secure guidance on outdoor demonstrations of this kind.

While protests are exempt from the rules limiting groups to no more than six people, they are required to be conducted in a safe and socially distanced manner. 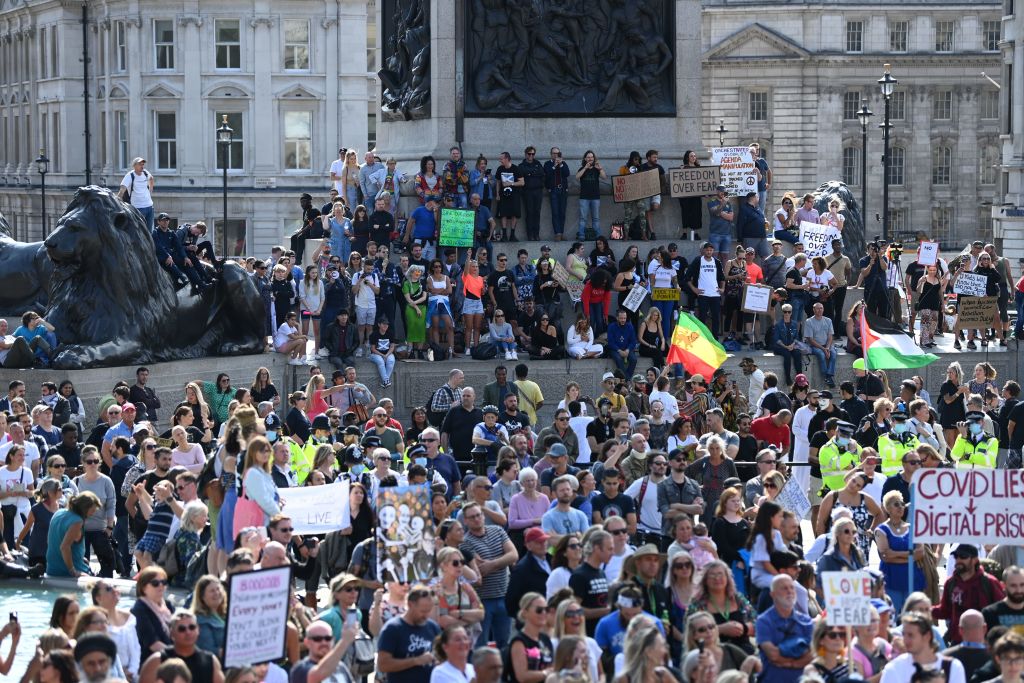 According to the police, officers attempted to “explain, engage and encourage them to leave” but were met with “hostility” and “violence”.

While at least one protestor was pictured appearing bloodied, the London Ambulance Service has yet to provide information on any injuries incurred.

The demonstration comes a day after London Mayor Sadiq Khan called for the reintroduction of some lockdown measures in the English capital to help combat an increase in cases of Covid-19.