SURVIVORS of Ireland’s Magdalene laundries deserve a new inquiry into their abuse a British-based solicitor has claimed.

Eileen McMahon has been working on behalf of Irish survivors of institutional abuse for 12 years and currently represents eight survivors of the Magdalene laundries.

This month her Middlesex firm McMahon Solicitors Ltd published a report on the progress made for survivors at large since Taoiseach Enda Kenny issued them a state apology in February 2013.

“Many of the women were present on the day, and welcomed the Taoiseach’s words,” she told The Irish Post, while claiming developments since then have not met expectations. 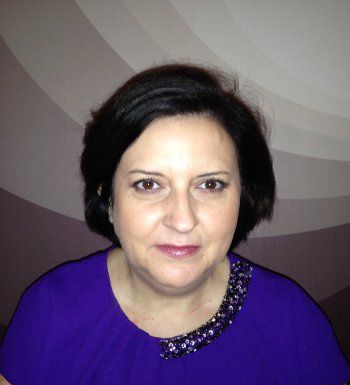 “Many of the survivors can't speak for themselves,” she explained.

“The impact of being locked away was so traumatic, it made them wary of people and they only feel safe in their own homes. So someone needs to speak up for them, to show them they can still have a voice and it is worthy of being listened to. That's what I am doing speaking for those whose voice was suppressed all those years ago. The ones who sit at home by themselves.”

The McMahon Report, a lengthy document published last week, finds that the McAleese Report committee failed to carry out a ‘prompt, independent and thorough investigation’ into the institutional abuse which took place within the Magdalene laundries.

The UN Committee Against Torture (UNCAT) is in agreement, observing that the probe “lacked many elements of a prompt, independent and thorough investigation as recommended by the committee”.

Ms McMahon, whose parents hail from counties Clare and Mayo, is also concerned that the voices of the Magdalene women have been confined to the back pages of the McAleese Report.

“These women have knowledge and wisdom that if shared will ensure that the difficult path they had to walk will not be revisited by women again,” she said.

Compensation is also required to help these women rebuild their lives, according to the solicitor, but so far that area has been “unsatisfactory” too.

“My clients have been made restitution offers, but we regard them as appalling,” she said.

“And the Restorative Justice Ex Gratia Scheme set up by Mr Justice Quirke has failed to deliver Justice or suitable compensation,” she added.

Ms McMahon is now calling for an urgent new inquiry into the Magdalene laundries, with a Chair appointed from outside the Irish State.

“The problem is, despite the Church having lost some ground, the culture and society of Ireland is still entrenched in religion. People always want to know what school you went to — Jesuit, Christian Brother, convent or what have you; it’s difficult for anyone in Ireland to act totally independently,” she explained.

“These women deserve to be valued. They deserve to have their voices heard, their anger understood. An illusion of justice has been delivered thus far.”