A MAN from Ohio who was arrested after appearing to threaten shooting up a Jewish community centre has claimed that he has connections with the IRA via social media.

20-year-old James Reardon was arrested on Saturday after threatening to attack the community centre in Youngstown. 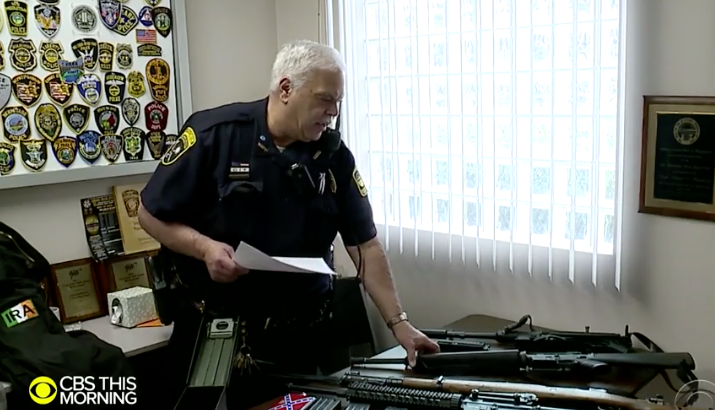 Notice the 'IRA' badge in the corner. The jacket along with numerous weapons were confiscated by police from Reardon's mother's house following his arrest.

Reardon has self-identified as a white nationalist and looking at his social media accounts, he appears to claim links to the IRA.

His Instagram account is called 'ira_seamus', on which he says his name is Seamus O'Rearedon - the Gaelic version of James Reardon - and describes himself as "just a local IRA man trying to live his life.

Added to this New Middletown Police said that when they arrested him at his mother's home he was wearing a jacket with Irish Republican Army (IRA) patches.

Officers also found a cache of weapons including two AR-15s, an anti-tank gun, a rifle with a bayonet, a gas mask and a bullet-proof vest. 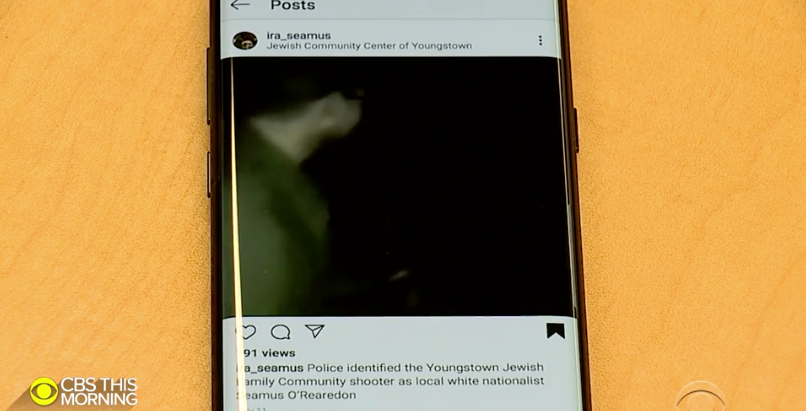 Police investigated his social media accounts - which have now been suspended - and found a number of racist posts and derogatory remarks, particularly about Jewish people.

In July, Reardon posted a video to Instagram showing a man, believed to be Reardon himself, firing a semi-automatic rifle, with the caption: "Police identified the Youngstown Jewish Family Community shooter as local white nationalist Seamus O'Rearedon."

He also tagged the Youngstown centre in the post. 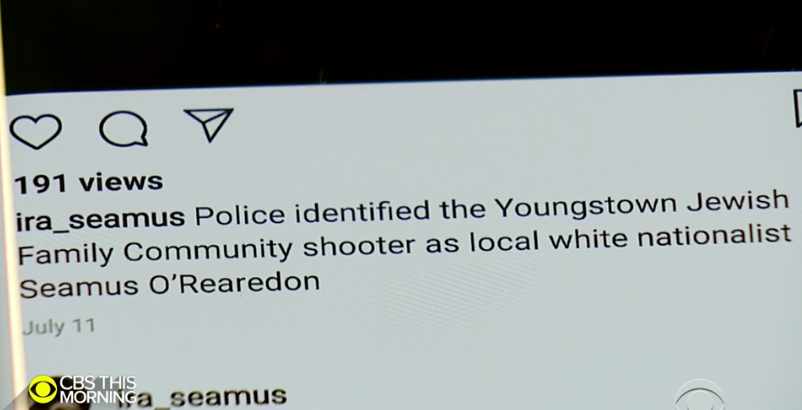 Reardon appeared in a 2017 National Geographic documentary about the Unite the Right rally in Charlottesville, Virginia - where three people were killed, including two state troopers who died in a helicopter crash.

During the documentary, Reardon said that he doesn't consider himself a neo-Nazi, but that he wants all races to have their own separate homelands.

"I want a homeland for white people, and I think every race should have a homeland," he said.

Man arrested in connection with 1996 IRA bombing in Manchester