A PUB-LOVING dad has been given a fitting send-off by being buried in a coffin painted to look like a can of Fosters.

During the funeral, the family and friends of 52-year-old Perry Cardy placed a can of lemonade on the casket, in honour of his ‘usual’, a fosters top.

Relatives paid £700 to commision the custom-coffin and his Sister Mandy Hunter said it was what he “would have liked”. 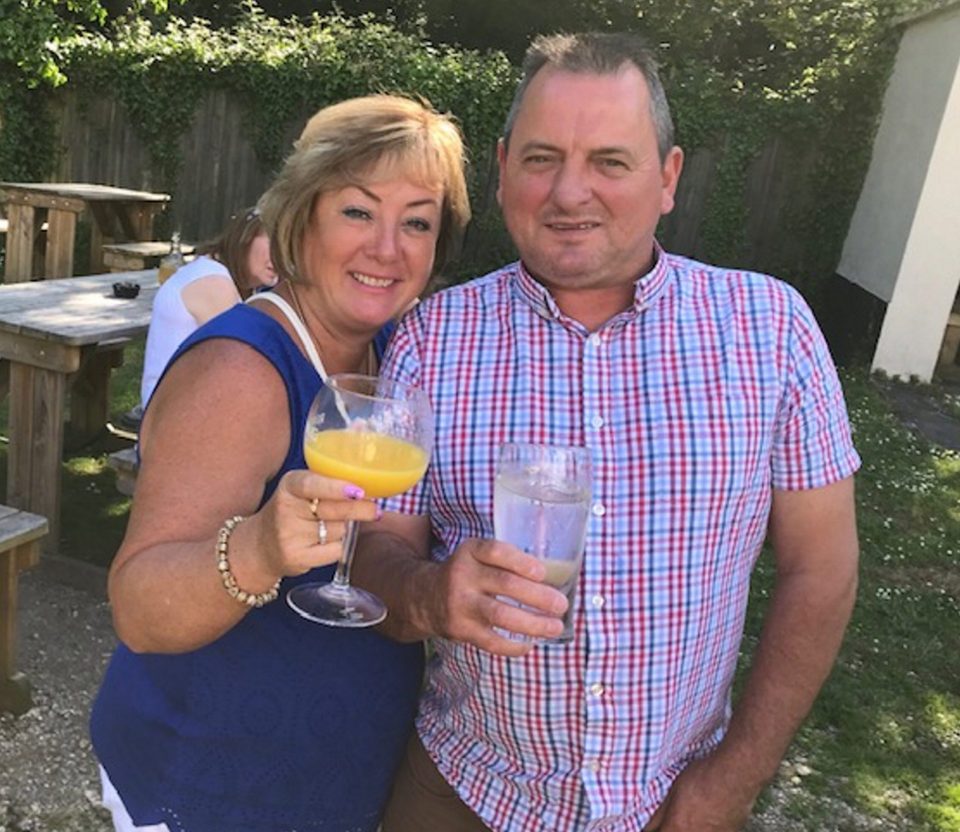 “We wanted it to be upbeat,” she said after the funeral in Southampton. “Just as Perry would have liked.”

“It was a fitting send-off for him. He loved a Fosters top, that was his favourite drink. 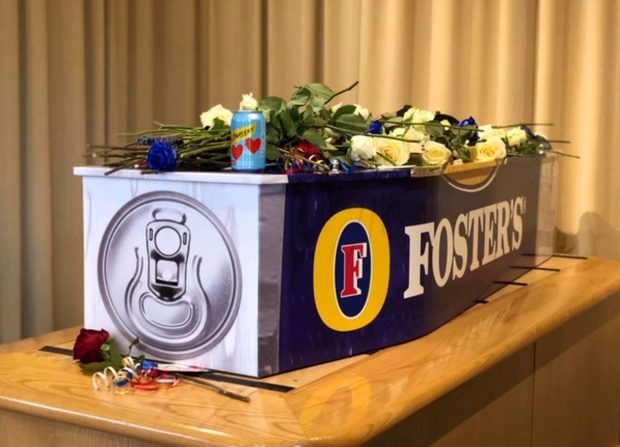 “It was my idea to have the Foster can printed on the coffin, because it was Perry’s favourite and he loved being around friends and family at the pub.

“I spoke to the funeral directors and asked if we could have the coffin wrapped, like you can do with cars.

“He said it was possible and gave us a quote. While a traditional coffin would be around £400, we paid £700 to have the Fosters can printed on it.”

The father-of-three died after an alleged attack outside The Bittern Pub, Perry’s local, where he would usually frequent on a Friday and Saturday night, back in April.

Harry Joyce, 27, has been charged with his murder and will face trial later this month.

Perry obviously made quite an impression as those close to him were left pleasantly surprised by how many people turned up to the funeral.

“We had so many lovely comments at the funeral saying what a lovely idea it was, it will make people remember Perry’s funeral with happy thoughts,” Mandy continued.

“Perry was quite a quiet person who kept himself to himself, so I don’t think even we realised just how well liked he was by his friends and fellow workmates.

“We were overwhelmed with the amount of people who turned up.”