A MAN has appeared in court charged with murdering four people who were found dead after a Co. Fermanagh house fire last week.

He is also charged with arson with intent to endanger life and criminal damage.

It is understood that Allen lived at the house on Molly Road, before it burned to the ground on the morning of Tuesday, February 27.

He was detained in hospital under police guard in the hours following the blaze.

Those killed were a mother and her two children originally from Doncaster in Yorkshire, England.

The family had previously lived in Tralee, Co. Kerry before moving to rural Fermanagh a year ago. 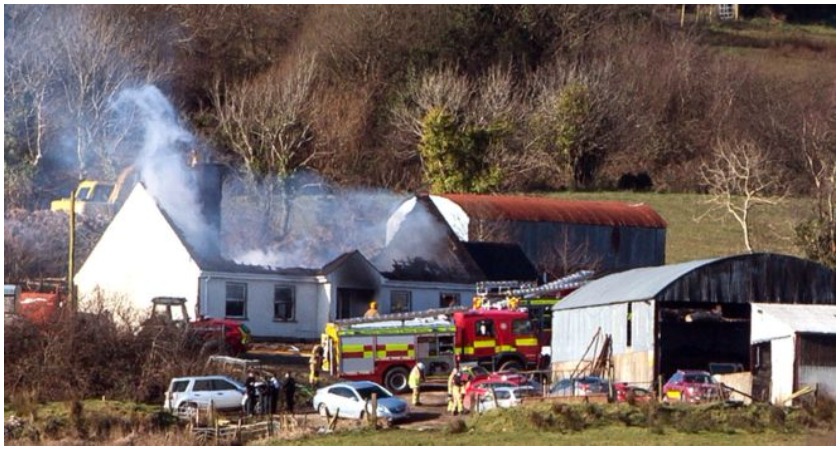 They were named locally as Crystal Gossett, her son, Edward, 16, her daughter, Diane, 19, and Diane's own infant daughter.

The name of the young child, who was 18 months old, is not yet known.

Allen was led into the dock at Fermanagh Magistrates Court this morning.

A PSNI detective inspector told the court that he believed he could connect him to the charges.

Defending solicitor, Gary Black, did not make a bail application on behalf of his client.

When asked if he understood the charges against him, Allen nodded and replied: "Yes".