A 52-YEAR-OLD man who was yesterday arrested in Northern Ireland in connection with the death of Lyra McKee has been charged with her murder.

Detectives arrested the suspect, who is believed to be from Derry, yesterday, and he was taken to Musgrave Serious Crime Suite for questioning where he was subsequently charged with murder.

The Police Service of Northern Ireland (PSNI) confirmed in a statement that he has also been charged with possession of a firearm with intent to endanger life, and to professing to being a member of a proscribed organisation-- possibly the New IRA, who had claimed responsibility for Lyra's murder. 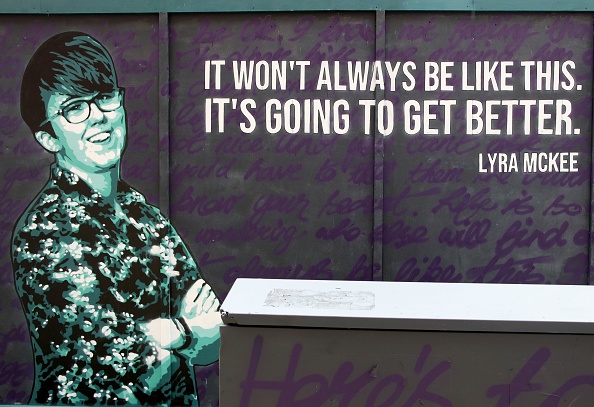 The man will appear at Derry's Magistrates Court today, 13 February, to hear the charges against him.

PSNI detectives yesterday arrrested a total of four men, aged 20, 27, 29 and 52, but so far only one is facing murder charges.

"I have always said a number of individuals were involved with the gunman on the night Lyra was killed, and while today is significant for the investigation the quest for the evidence to bring the gunman to justice remains active and ongoing."

Lyra McKee was an LGBT activist and influential journalist from Belfast whose investigative reporting on sectarian violence in Northern Ireland led to her being named in Forbes' '30 under 30'.

In April 2019, she was killed by a stray bullet fired by a member of the New IRA while reporting at the scene of sectarian violence in Creggan.

Her senseless murder resulted in rarely-seen unity from both Loyalist and Republican parties in Northern Ireland, but so far nobody has been held responsible.