FOOTAGE OF a male holidaymaker 'blacked up' during a lads' holiday in Ibiza has sparked controversy online.

The unknown man was filmed walking around the Balearic Island wearing black paint on his face and arms as part of an apparent attempt at resembling an African sunglasses vendor.

Uploaded to Facebook, Metro is reporting that the man in the clip is enjoying a holiday on the island with a large group of male holidaymakers.

The clip reportedly saw several other men, off-camera, calling over an actual African vendor, so the two can stand together.

The 'blacked up' man is seen wearing a monkey toy around his neck and an umbrella hat while his friends can be heard chanting the words "looky looky".

Despite some friends finding the clip funny, many online commenters have hit out at the footage as racist, according to Metro.

The individual uploading the footage has since taken it off Facebook following the negative response. 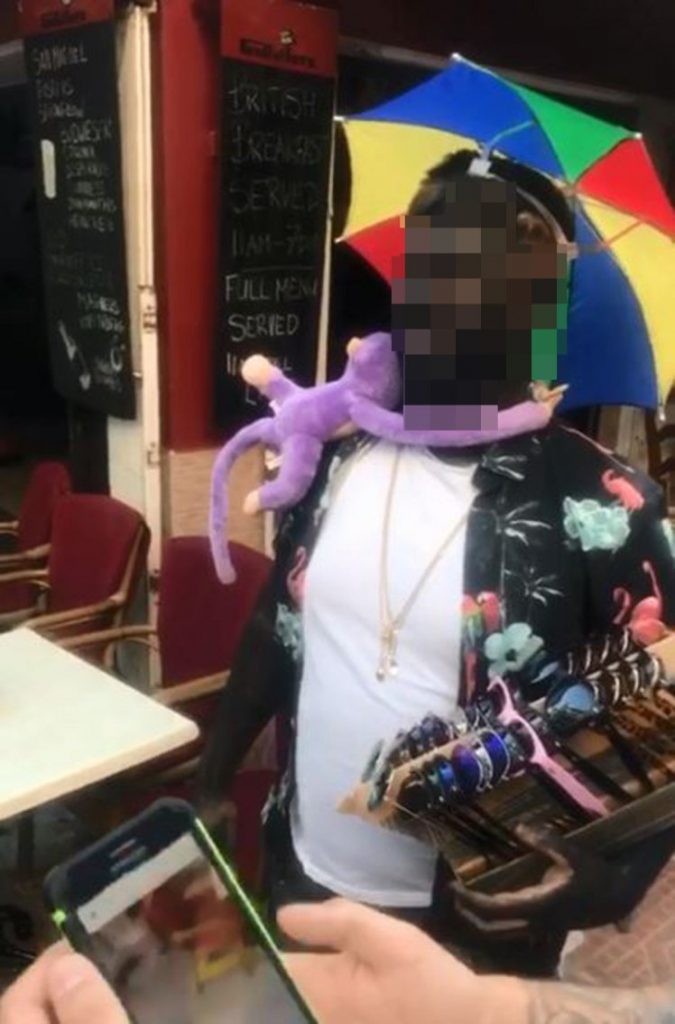 Sugar posted a picture of the team posing for a picture at the World Cup alongside images of sunglasses and handbags with the comment: "I recognise some of these guys from the beach in Marbella. Multi tasking resourceful chaps"'