A MAN who painted "No Blacks" on his new Congolese neighbours' front door has been sentenced to 12 months in prison for racially aggravated criminal damage.

Vaughan Dowd, 55, daubed the vile message on the home of Jackson Yamba, 38, just five days after the solicitor moved into the same block of flats in Salford, Greater Manchester.

Mr Yamba's young son David, 10, became tearful and afraid after seeing the graffiti as he left home for school.

Identical white-painted graffiti was also found on an internal communal door and the entry door to the block of flats.

Manchester Crown Court heard on Thursday how Dowd – a single self-employed gardener with no children – led a "sad life" drinking alcohol and watching TV each day after work, with "Brexit and immigration" having been "playing on his mind" at the time. 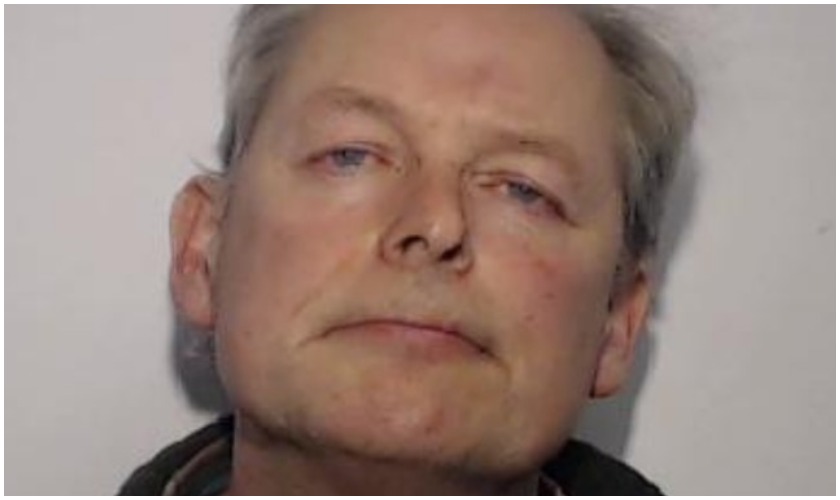 Jailing him for a year, Judge Alan Conrad QC described Dowd's attack as an "outpouring of racist views" and slammed his attempt to use his struggles with anxiety as an excuse.

"This country, in particular this area, the cities of Salford and Manchester, have a long and proud history of diversity and inclusivity," the judge said.

"We welcome those who, having a right to come here, do so and when they do, lead decent and productive lives.

"What you did was not welcome in any civilised society... it must be made clear that imprisonment will follow offences such as this."

Dowd had pleaded guilty to a single count of racially aggravated criminal damage on February 8 but sentencing was adjourned for the preparation of a psychiatric report.

His victim Mr Yamba, who moved to the UK from the Democratic Republic of Congo in 2006, said the attack has left him scared and angry.