A 27-YEAR-OLD man wants to sue his parents for giving birth to him as he believes they did it “without his consent”.

Raphael Samuel from Mumbai in India is a child-free “anti-natalist” who believes children shouldn’t be made to suffer.

He also believes that parents have no right to give birth to a child unless said child has agreed to be born. As a result, he is now considering taking legal action against his parents.

"I love my parents, and we have a great relationship, but they had me for their joy and their pleasure,” he told Times Now News.

"My life has been amazing, but I don’t see why I should put another life through the rigmarole of school and finding a career, especially when they didn’t ask to exist."

Samuel believes people should be made aware of the fact they don’t have to have children.

He also feels parents should be willing to offer up an explanation to their offspring as to why they had children in the place. 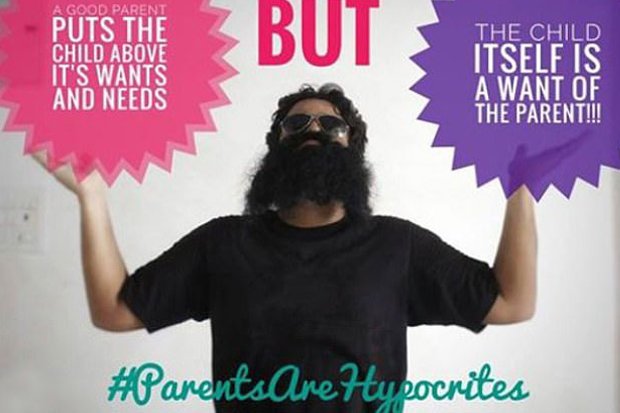 The child-free advocate runs an anti-natalist Facebook page called Nihilanand and is also a regular contributor on YouTube.

In one video posted online, Samuel attempts to dispel the “myth” of respecting elders. He also hit out at the social pressures present in Indian society that have seen many couples have children.

"Your parents are two people at the age of 20-25 who just wanted a good night together and then they had you.”

The anti-natalist is getting plenty of traction in India right now.

They are against procreation on environmental grounds, arguing that having children increases the strain on the Earth’s resources.