If the decision is upheld, Pep Guardiola's side won't be able to play Champions League football from next season (Photo by Catherine Ivill/Getty Images)

UEFA have banned Manchester City from all European competitions for the next two seasons for breaking financial fair play rules.

City were found guilty of not declaring accurate sponsorship revenues in a bid to get around FFP - which aims to prevent football clubs spending more than they earn to attain success.

The club say they will appeal the decision. 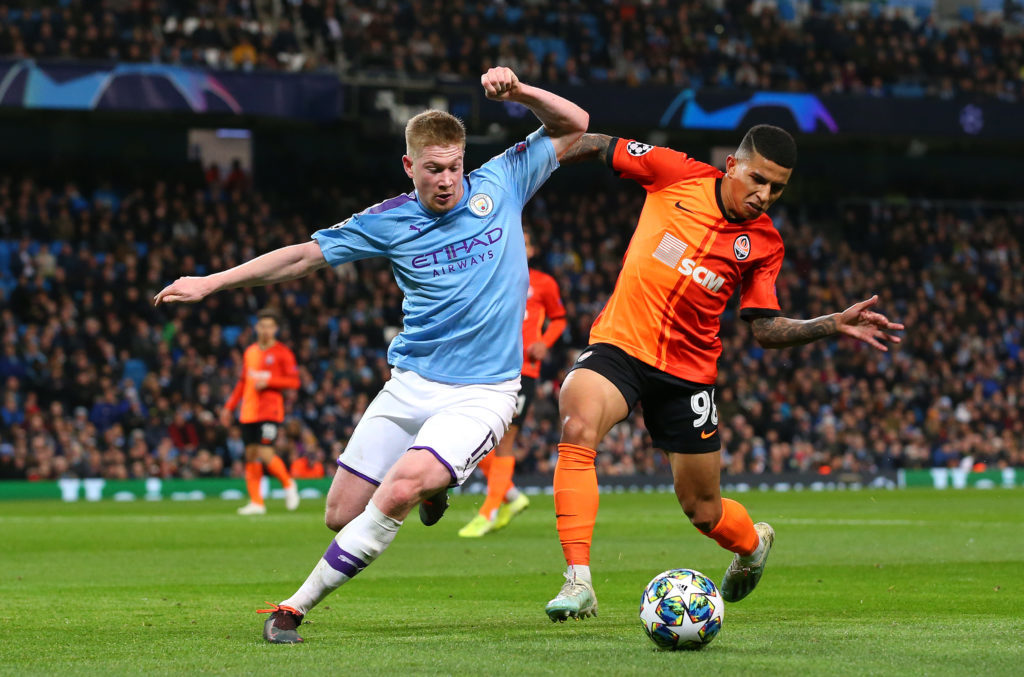 A statement released by UEFA said: "The Adjudicatory Chamber, having considered all the evidence, has found that Manchester City Football Club committed serious breaches of the UEFA Club Licensing and Financial Fair Play Regulations by overstating its sponsorship revenue in its accounts and in the break-even information submitted to UEFA between 2012 and 2016.

"The Adjudicatory Chamber has also found that in breach of the regulations the Club failed to cooperate in the investigation of this case by the CFCB.

"As noted by the Adjudicatory Chamber, the club has the right to appeal this decision to the Court of Arbitration for Sport. Therefore, UEFA will not be commenting further on this decision at this stage."

The move follows allegations originally made by the German publication Der Spiegel back in November 2018.

The magazine claimed that Manchester City had deliberately misled UEFA by not revealing they had directed money to the club from Abu Dhabi owner Sheikh Mansour via sponsors linked to his family.

This artificially enhanced the value of their commercial income and ensured the club could still spend big on transfer fees and wages whilst technically staying on the right side of FFP.

If the ban is upheld the future of manager Pep Guardiola and star players such as Kevin De Bruyne and Sergio Aguero will be called into question.

City say they are not surprised at this latest development and have called for an impartial review of the case.

A statement from the club said: "Manchester City is disappointed but not surprised by today’s announcement by the UEFA Adjudicatory Chamber.

"The club has always anticipated the ultimate need to seek out an independent body and process to impartially consider the comprehensive body of irrefutable evidence in support of its position.

"In December 2018, the UEFA Chief Investigator publicly previewed the outcome and sanction he intended to be delivered to Manchester City, before any investigation had even begun.

"The subsequent flawed and consistently leaked UEFA process he oversaw has meant that there was little doubt in the result that he would deliver.

"The Club has formally complained to the UEFA Disciplinary body, a complaint which was validated by a CAS ruling.

"Simply put, this is a case initiated by UEFA, prosecuted by UEFA and judged by UEFA. With this prejudicial process now over, the Club will pursue an impartial judgement as quickly as possible and will therefore, in the first instance, commence proceedings with the Court of Arbitration for Sport at the earliest opportunity."

Manchester City sought damages from UEFA over what they alleged were leaks of confidential information to the media concerning their ongoing Financial Fair Play case, court documents show.