Manchester trio who earned £35,000 a week importing sick puppies from Ireland are jailed

AN investigation in Manchester has led to the convictions of three people who made £35,000 a week importing sick and dying puppies from Ireland.

After being convicted of animal cruelty charges on October 9 – the trio appeared in Manchester Magistrates' Court again yesterday charged with fraud.

For their earlier charges, Julian King, 30, of The Links, Hyde, was jailed for six months, while his sister Grace Banks, 28, and childhood friend Peter Jones, 32, both of Reed Street, Gorton, Manchester, will serve five months in custody.

All three have been banned from keeping any animals for life. 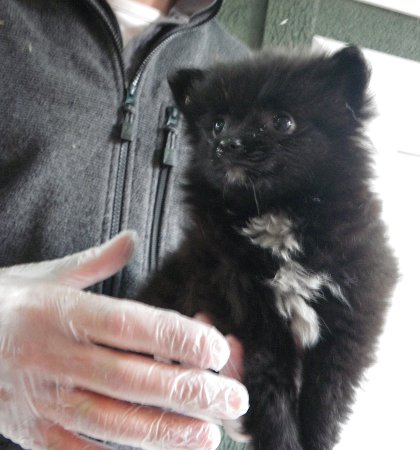 Using a series of fake names and homes, as well as creating their own ‘pedigree registration’ company to fool hopeful dog owners into thinking they were buying a healthy puppy, the trio made up to £35,000 a week from the illegal operation.

They would take a weekly shipment of puppies off a ferry from Ireland, where they would be kept at a ‘holding address’ before being distributed to a number of rented properties to sell them from.

Kept in cramped, overcrowded conditions, the puppies ended up suffering from a variety of illnesses - but would retail for an average of £600 each.

At an address in Stockport, 87 live dogs were found – along with the corpses of four young Yorkshire terriers.

One corpse was found in a pen with a live puppy.

The shocking discovery from November 2012 could only be revealed when the five-year investigation by the RSPCA and Greater Manchester Police, known as Operation Pagan, culminated in the convictions on October 9.

The three appeared before a judge again yesterday on fraud charges - and will appear before the court again on December 4 after the case was adjourned.

Their convictions come as the Dublin Society for the Prevention of Cruelty to Animals estimates that about 30,000 puppies are illegally imported every year to Britain from Ireland.

The organisation warned people to be vigilant and to only buy puppies from a trusted breeder.

King, Banks and Jones’ actions were condemned by the RSPCA.

“They left a trail of broken-hearted people in their wake,” said RSPCA chief inspector Ian Briggs.

“People who handed over their money in good faith for what they had been told would be a happy and healthy new member of the family.

“Instead, what many were left with was a huge vet bill and the devastation of seeing a much loved pet go through the agony of disease and sickness."