Brion, the sole survivor of the horrific attack (My Lovely Horse Rescue)

GARDAÍ HAVE launched a manhunt for a gang accused of using hunting dogs to rip apart pregnant cats, in what has been described as a vile act of animal cruelty.

According to The Irish Independent, Gardaí are searching for two men who were seen releasing a heavily pregnant cat from a cage and allowing two dogs to chase and kill it, ripping it apart while they watched on using floodlights to illuminate the scene.

The horrific case was initially revealed by animal rescue charity My Lovely Horse, who posted details to their Facebook page alongside a video of the sole survivor- an unborn kitten who was ripped from its mothers womb.

According to the charity, a gang in Knocknahenny, north County Cork, opened cages "full of cats" and made them run for their lives.

The "carnage" was witnessed by local children, who ran for help from a local woman known to help animals in need.

The only survivor, a kitten whose unborn littermates died when they were ripped from their mother by the dogs, is described as "a miracle baby" who is receiving round-the-clock care. 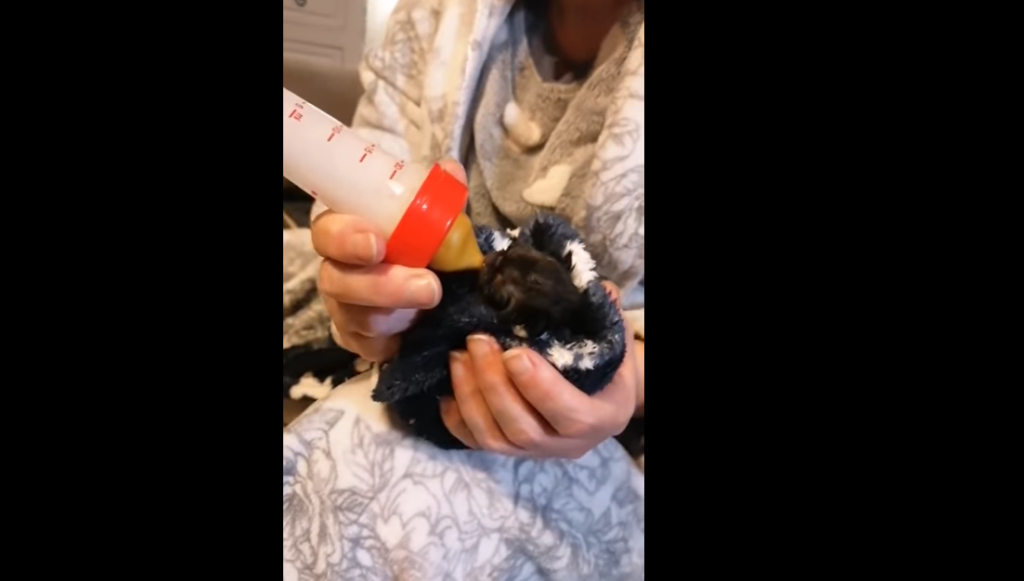 Brion, the sole survivor of the horrific attack (My Lovely Horse Rescue)

"This is what Ireland has become," they wrote. "A cruel nation, good fighting bad constantly, trying to save our animals is becoming harder every day.

"Where does it stop?" they asked.

The following day the charity posted an update on the day-old kitten, who is said to be doing "really well" against all the odds.

Writing that "the cruelty he has been through is unreal", they announced they had named him Brion, meaning 'stronger'.

You can view the original posts and updates on Brion on the My Lovely Horse Facebook page here, or to donate to Brion and the other rescued animal's continued care, you can check out their website here.

Investigations into the barbaric act of cruelty continues.