JULIE Nugent grew up in house where The Irish Post was always on the table.

Daughter to mum Bridie, from Co. Monaghan and dad Mick, from Co. Roscommon, she entered the Listowel Writers’ Week Short Story competition in the past, but 2015 turned out to be her year.

“It’s still sinking in,” said Julie when we spoke a few days after she heard the news.

Her story, After the Party, is poignant but not sentimental; a stolen glance into a domestic scene that will ring true to anyone who’s ever felt the underlying tensions start to bubble at a family get-together.

After studying at college, Julie stayed in the realms of academia, lecturing in education before taking on her current role at Birmingham Metropolitan College.

She lives is Solihull with her husband and their two young daughters, Lucy, 12 and Iris, nine. Nugent says although she has always written for herself, she rarely gets the time she wants to devote to her hobby, but now things might change. 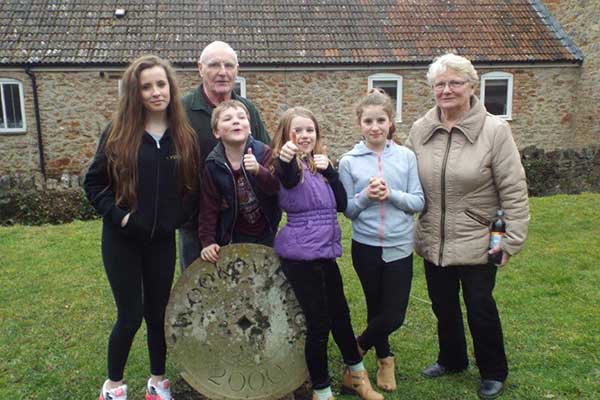 Inspired by her mum’s win, nine-year-old Iris has now started to dabble in fiction too.

As part of her prize, Julie will take her family to the prestigious Listowel Writers’ festival in Co. Kerry this summer where she hopes she will learn from and be inspired by other authors. Writing and publishing her own book, she says, is one of her dreams.

Although neither of her parents wrote creatively, Julie says her Irish roots gave her “a strong cultural background.”

“Although we grew up in England it was as very much part of an Irish community, which has given me a really rich experience to draw from in many ways… we benefitted from having both.”

Inspiration for her writing comes from the everyday, says Nugent. “Things that fascinate me are everyday human dramas and what goes on in small communities and houses — dramas being played out in small settings.”

Finally, a note from the author before you read her winning story: “Look for the emotions that are running under the surfaces…”