MICHELLE OBAMA has taken aim at US President Donald Trump with a blistering speech condemning his leadership skills.

Speaking at last night at the Democratic convention, a pre-recorded message to supporters saw the former First Lady label Mr Trump's reaction to the coronavirus pandemic as a 'shambles' and accused him of 'emboldening' white supremacists.

"A president's words have the power to move markets," Ms Obama said.

"They can start wars or broker peace. They can summon our better angels or awaken our worst instincts. You simply cannot fake your way through this job." 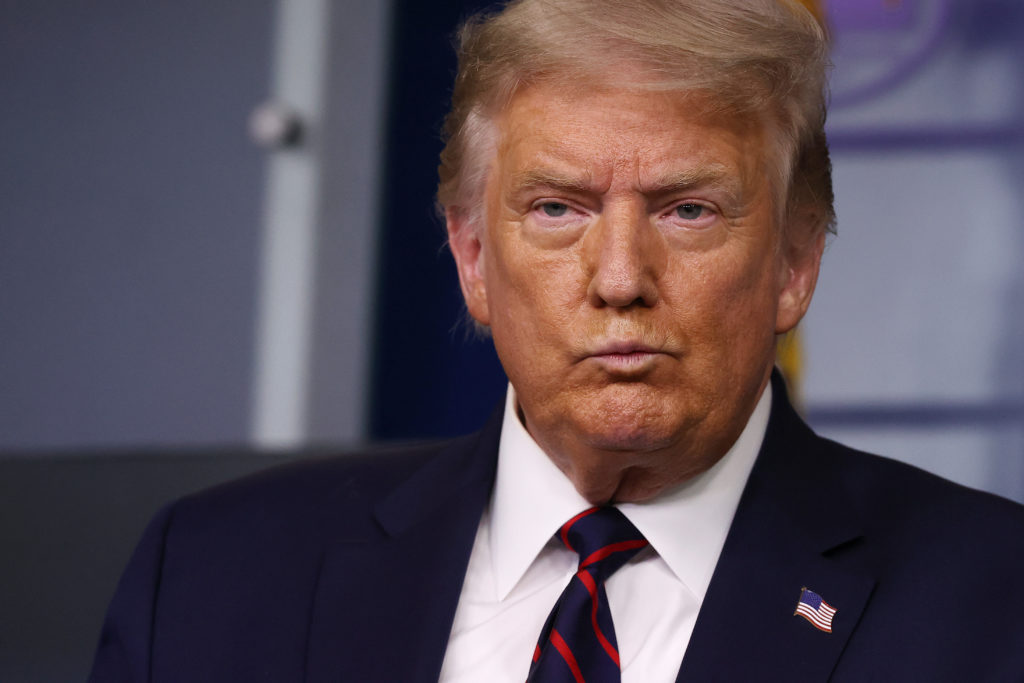 "Chaos, division, and a total and utter lack of empathy": Donald Trump was targeted by Michelle Obama in a blistering speech at the Democratic convention (Photo by Chip Somodevilla/Getty Images)

"More than 150,000 people have died, and our economy is in shambles because of a virus that this president downplayed for too long. It has left millions of people jobless."

The former First Lady went on to lament the loss of a "never-ending list of innocent people of colour", as protests against the murder of George Floyd continues across the United States, and said "the simple fact that a Black life matters is still met with derision from the nation's highest office".

"Because whenever we look to this White House for some leadership or consolation or any semblance of steadiness, what we get instead is chaos, division, and a total and utter lack of empathy."

"Right now, kids in this country are seeing what happens when we stop requiring empathy of one another."

"They see people shouting in grocery stores, unwilling to wear a mask to keep us all safe. They see people calling the police on folks minding their own business just because of the colour of their skin"..."they see our leaders labelling fellow citizens enemies of the state while emboldening torch-bearing white supremacists.

"They watch in horror as children are torn from their families and thrown into cages, and pepper spray and rubber bullets are used on peaceful protesters for a photo-op."

In case there was any confusion as to who Ms Obama was targeting, the 56-year-old stated plainly:

"Donald Trump is the wrong president for our country.

"He has had more than enough time to prove that he can do the job, but he is clearly in over his head. He cannot meet this moment. He simply cannot be who we need him to be for us. It is what it is."

She warned, "if you think things cannot possibly get worse, trust me, they can-- and they will if we don't make a change", adding "we have got to vote for Joe Biden like our lives depend on it."

Current US President Donald Trump responded to the verbal attack with a series of posts on Twitter, where he said:

"Somebody please explain to [Michelle Obama] that Donald J Trump would not be here, in the beautiful White House, if it weren't for the job done by your husband, Barack Obama.

"Biden was merely an afterthought, a good reason for that late & unenthusiastic endorsement."

He went on to say that he and his administration "built the greatest economy in history, of any country, turned it off, saved millions of lives and now am building an even greater economy than it was before."

The hotly contested US Presidential Election will take place on 3 November, which could see Mr Trump settle in for another four years in office or be ousted by Democratic nominee and former Vice President Joe Biden.