US VICE President Mike Pence has urged Ireland and the EU to negotiate Brexit agreement with Prime Minister Boris Johnson that “respects the United Kingdom’s sovereignty”.

Donald Trump’s second in command made the comments during an event in Dublin as part of his two-day visit to Ireland.

Speaking alongside Taoiseach Leo Varadkar in Dublin this afternoon, Mr Pence called on Ireland and the EU to “negotiate in good faith” with the UK.

‘As the deadline for Brexit approaches, we urge Ireland and the European Union, as well, to negotiate in good faith with Prime Minister Johnson, and work to reach an agreement that respects the United Kingdom’s sovereignty and minimises the disruption to commerce,’ he said.

The US Vice President also reiterated President Trump’s desire to complete a a bilateral trade deal with the UK once its departure from the EU had been confirmed, adding that the Trump administration supports Brexit. 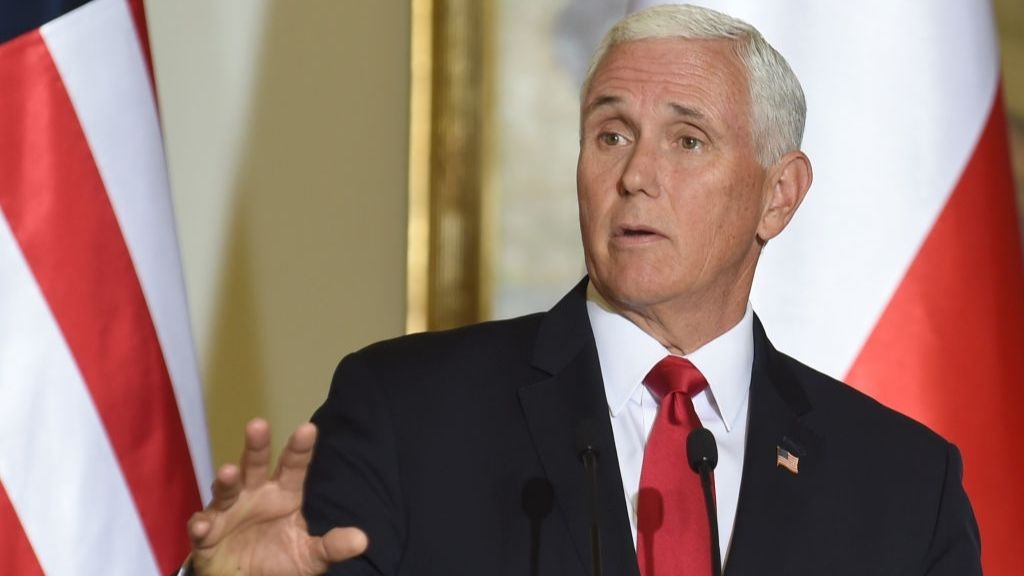 “But we also recognise the unique challenges on your northern border,” Mr Pence continued.

“And I can assure you we will continue to encourage the United Kingdom and Ireland, to ensure that any Brexit respects the Good Friday Agreement.”

He warned that the prospect of a hard border in Ireland represents a “very real risk”.

“This isn’t a problem of our making. It is one we want to solve,” Mr Varadkar added.