Mother of child 'farmed off' to US denied compensation

AN IRISH woman whose daughter was “treated like an animal and farmed off to America” must be compensated for the trauma she suffered, according to her son.

Londoner Martin Husk has said he was left “outraged” after learning his mother, Annie Costello, will receive no remuneration for the time she spent in a Church-run mother and baby home.

Like many other so-called “fallen women” who spent time at Tipperary’s Sean Ross Abbey, Ms Costello’s daughter was taken from her and adopted by a wealthy family in the US.

“It was masquerading as a part of the Catholic Church, helping everybody, when in fact they were selling people’s children,” Mr Husk told The Irish Post. “The Irish Government and the Church need to accept culpability and provide compensation to these women.”

Mr Husk’s comments come before international attention will be shone on the plight of women like his mother in a Hollywood film released next week.

Philomena, starring Dame Judi Dench and Steve Coogan, will trace the story of Philomena Lee, whose child was taken and sold during her time at Sean Ross.

Like Ms Costello, who was moved to the Abbey from her native Offaly after falling pregnant out of wedlock at the age of 22, Ms Lee tracked down her child decades later.

Mr Husk discovered his mother will not be compensated after being told the 90-year-old cannot apply to the recently established fund for Magdalene Laundry Survivors.

“Why should my mother and women like her not be compensated when others are?” he asked. “It seems very wrong to me that women from Laundries are being compensated but not women whose children were farmed like animals.” 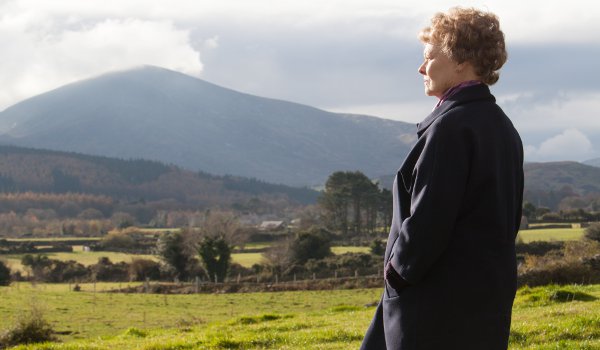 Mr Husk also claims his mother, who now lives in Southend, was not paid for the work she did on the farm at Sean Ross during her five years there and was only allowed to see her daughter for one hour every day.

He says she continued to suffer for years afterwards and can remember her crying about it during his childhood.

“My mother is coming towards the end of her life now and compensation would make her much more comfortable,” he added.

Mr Husk’s comments come just weeks after Bournemouth-based Theresa Tinggal, who was adopted from an institution similar to Sean Ross, travelled to Dublin to call on the Irish Government to conduct an independent investigation into the institutions behind Ireland’s illegal adoptions.

Ireland’s Departments of Education told The Irish Post it has no plans to create a redress scheme for women who spent time in mother and baby homes.

Sean Ross was previously excluded from the list of institutions falling under the Residential Institutions Redress Scheme.

Martin Sixsmith, the journalist who helped Philomena Lee track down her child in the US, has said that donations to the Church of up to $3,000 (£1,850) were expected from adopting parents.

Asked if women had worked on the farm at Sean Ross for no pay, the SHJM spokeswoman said: “The congregation did have a farm on the land at Roscrea and while no board was charged by the congregation to the women, it was expected that those who could assist the workers and sisters on the farm would.”