A MURDER investigation has been launched after an Irishman died from his injuries six months after a ‘brutal’ assault.

The Metropolitan Police are continuing their bid to identify two men in connection with the assault, who were captured on CCTV.

One suspect was seen kicking the victim after he had collapsed on the ground.

Mr O’Beirne was from Westminster but the Met have confirmed he was of Irish descent.

He was attacked outside the National Gallery in Trafalgar Square by two men at around 12.25am on Saturday, June 3, 2017.

London Ambulance Service attended and treated him at the scene before taking him to hospital, however he died from his injuries five days before Christmas.

A post-mortem examination held on January 3 gave his cause of death as a head injury.

Next of kin have been informed and formal identification has taken place.

He was seen on CCTV punching the back of the victim's head.

The second suspect was wearing a black jacket with a white emblem on the right shoulder and white writing with a picture on the rear.

He was also wearing a white top under the jacket, dark trousers and dark shoes with white soles.

In the CCTV he can be seen kicking the victim after he collapsed on the pavement. 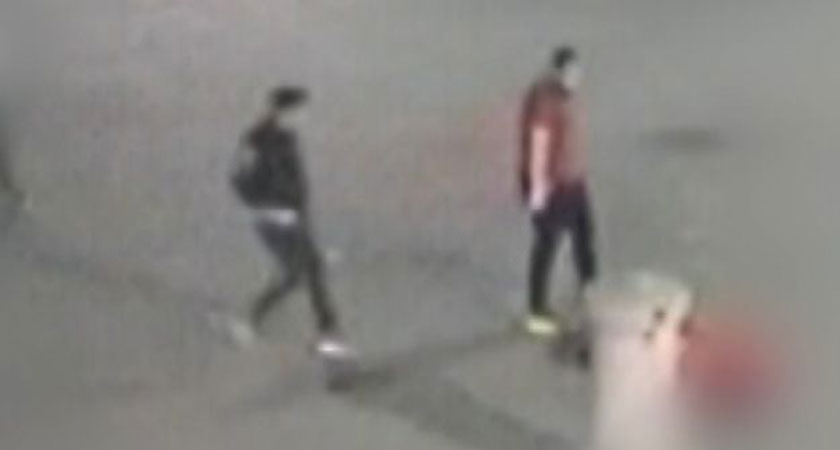 One of the men had a distinctive top knot hairstyle (Image: Met Police)

Detective Chief Inspector Noel McHugh is leading the investigation into the ‘mindless’ attack.

"These two men will have spoken to friends and partners and possibly boasted about their mindless attack,” he said. “I want you to call us with their names.

"The males are distinctive and will be known to their group that evening. Desmond never regained consciousness after the brutal attack and it is vital we bring his attackers to justice."

Officers are keen to trace anyone who was in the area at around this time and witnessed the incident, particularly anyone who filmed or took photos of the attack, or the events either side of the attack.

Anyone with information is asked to contact the incident room on 020 8785 8099. To give information anonymously call Crimestoppers on 0800 555 111 or visit crimestoppers-uk.org.