IRISH MUSLIMS gathered at Croke Park in Dublin today for the celebration of Eid al-Adha, one of the most important events in the Muslim calendar.

Roughly 200 people arrived for the event, all wearing face masks and socially distancing from one another.

The event began with a recitation from the Quran, followed by a speech from Minister for Children, Disability, Equality and Integration Roderic O'Gorman.

Dr Shaykh Dr Umar Al-Qadri, who is the chair of the Irish Muslim Peace & Integration Council, led attendees in saying the Eid prayer from 10am.

He delivered part of his speech in Irish and paid tribute to Ireland's tradition of welcome and inclusivity.

"This pandemic has brought us all together," he said.

"We understand as humans we are in this together and we are having the same challenges." 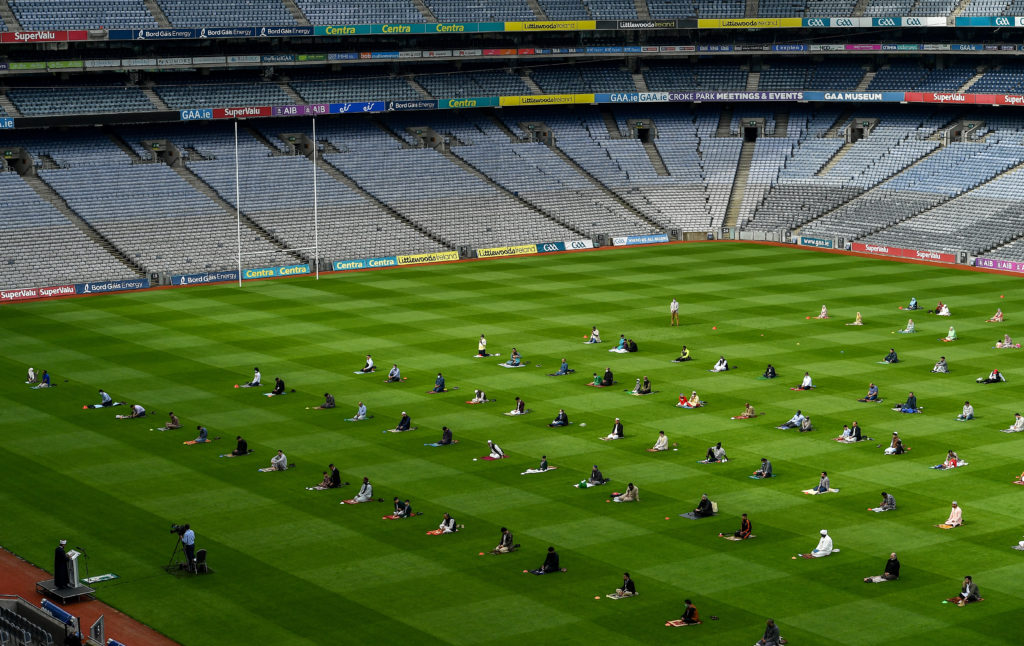 Dublin , Ireland - 31 July 2020; Ireland celebrated the diversity of its country with 200 Irish-Muslims gathering in Dublin to mark Eid Al Adha on 31st July.

The gathering was initially supposed to be for around 500 worshippers, but restrictions due to Covid-19 forced it to be downsized.

The Irish Muslim & Peace Integration Council (Impic) appealed to the government earlier this month to allow the event to go ahead, despite an extension of restrictions limiting outdoor gatherings to 200 people.

"What kind of message do we get from this? The message is to trust in god."

It is known as the 'Festival of Sacrifice' and is a celebration of the story of Ibrahim, who was asked to sacrifice his son to prove his loyalty to God.

Ibrahim - or Abraham - is a central figure in the Christianity as well as Islam.