IRISHMAN Kieran Patrick Kelly is purported to have murdered up to 31 people in Britain between the 1950s and 1980s, but a new documentary has shed fresh light on the man dubbed the London Underground serial killer.

Could it be true? Could one man really have caused so much destruction without becoming a household name? These are some of the questions Irish filmmaker Robert Mulhern wrestled with in the making of Anatomy of an Irish Serial Killer.

The documentary analyses the life of Kieran Patrick Kelly, an Irishman born in Rathdowney, Co. Laois who was convicted of two murders in Britain in 1984 and sentenced to life in prison, where he died in 2001.

Kelly’s story was catapulted into the national press in Britain and Ireland last year after the publication of a book about his life – and his purportedly gruesome exploits.

In the summer of 2015, a retired police officer turned author, Geoff Platt, published The London Underground Serial Killer, which claimed that Kelly had killed as many as 31 people in London between 1953 and 1983.

Platt alleged that the murders were covered up by the Home Office at the time to prevent mass hysteria on the London Underground network.

Articles quickly appeared in a number of media outlets throughout Britain and Ireland, with Platt interviewed by both RTÉ and BBC. A picture was quickly painted of a homeless Irishman who preyed upon his fellow vagrants throughout London.

One question plagued Mulhern’s mind as he prepared to investigate the claims for his documentary on Kelly – was all quite as it seemed?

Speaking to The Irish Post, the Kildare native explained that although Kelly’s exploits had been overplayed, he was still a very dangerous serial murderer.

“Geoff Platt’s book set off a chain reaction in the media. Everywhere from the Daily Express to the Huffington Post to the BBC picked up what was said in the book, but without really testing the evidence that was there,” he said.

“The main thing that caught my attention most was the variation in the victim figures being attached to Kieran Kelly. It was anything from 12 to 14 to 18, all the way up to 31.

“Fact has been mixed with fiction, but nevertheless, Kelly was a very dangerous killer. He was convicted of a double murder after all. He remains one of Ireland’s most prolific killers, but figures in the teens and above don’t stand up to scrutiny”. 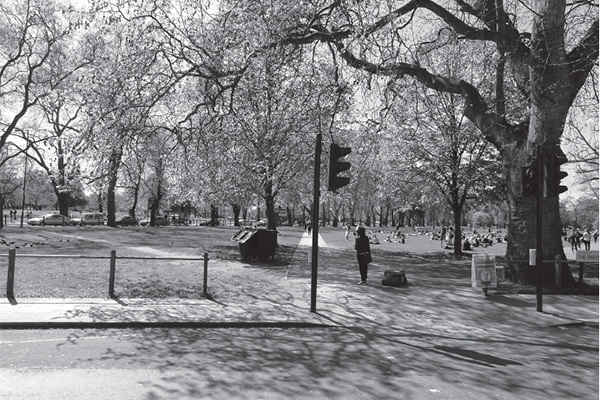 So why then has the name Kieran Patrick Kelly been linked to as many as 31 murders? The answer may say more about Kelly’s personality than his true actions.

The main source for the highest figures was Platt’s book, which based the numbers on Kelly’s own confessions. But Kelly, who was a vagrant with a long history of violence, theft and alcoholism, may also have been a fantasist.

“I think he would have been capable of it, but I have grave doubts about whether he did it,” said John Slater, Kelly’s former solicitor.

“I think he was a bit of a fantasist. You have to bear in mind that it was during an era in which there had been more than one multiple murderer, Peter Sutcliffe and David Nilsen for example.

“I did wonder whether he wanted to get the same infamy by being a mass murderer.”

Robert Mulhern liaised with former Metropolitan Police detective Ian Brown in putting together the documentary, Brown having acted as a lead investigator on Kelly’s case in the 1980s.

“He was only convicted for two because it was all that was needed to put him away for life. Police didn’t pursue the evidence on three or four others because there was no incentive to prove them.

“Another reason why the Kieran Kelly case never came to light in the way other murder cases might is because Kelly was targeting tramps, homeless people, alcoholics, and especially gay homeless alcoholics like himself.

“Perhaps some lives were viewed as more important than others. That’s not a slight on the police, it’s just that it wasn’t seen as important as if he had been murdering members of the general public”.

Thanks to the coverage of the past few years, Kelly’s name has become synonymous with the London Underground and specifically the pushing of victims onto tracks.

However, Mulhern found no evidence that Kelly had ever killed someone by pushing them under a train, despite evidence that he had done so to two fellow vagrants – each of whom escaped alive.

Kieran Patrick Kelly died in 2001 a convicted murderer, after he killed a cell mate named William Boyd in 1983 at Clapham Common police station for snoring too loudly.

But he never answered for the others murders he may have committed on the streets of London – or perhaps, even, back home in Ireland.

“We went back to Kelly’s former home in Rathdowney,” Mulhern explains. “The person that was living there now and the town’s doctor told us that they had found a skeleton on the property in 1993 with a noose around its neck.

“It was a bizarre thing to emerge that a skeleton with a noose around its neck would be found where he used to live. Police have never got back to us on what they know about the skeleton despite repeated attempts to find out.”

Anatomy of an Irish Serial Killer aired on RTÉ Radio 1 on Sunday and is now available online here.