WITHIN days of each other Barry McCory and Kevin Kearney were murdered in Derry and Belfast respectively last month.

Both killings have been blamed on violent dissident Republican groups battling for the title of ‘true Republicans’.

Kearney was murdered by the so-called ‘New IRA’, a year old amalgamation of the Real IRA, Republican Action Against Drugs and other non-affiliated dissident Republicans.

As of yet it is unclear which group was responsible for the death of Barry McCory, however police have charged Kieran McLaughlin, a man with known links to the Real IRA, in connection with the murder.

In the days and weeks prior to the deaths the Continuity IRA, the oldest of the active dissident groups, was blamed for widespread disruption caused by security alerts across Belfast.

A mortar was also found targeting the Strand Road police station in Derry, one of the most repetitively targeted stations in Northern Ireland. 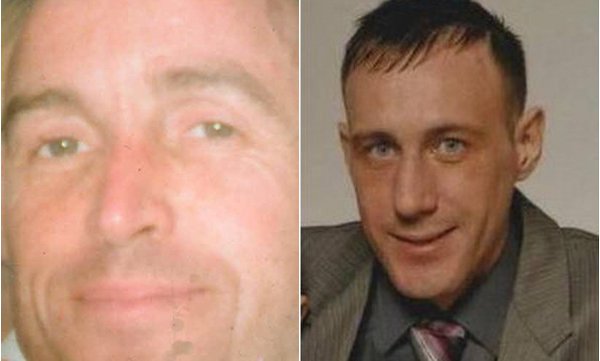 Kevin Kearney, left, and Barry McCory were murdered in the North last month

These acts have all coincided with the beginning of the appeal of Brendan McConville and John Paul Wooton against their imprisonment for the murder of PC Stephen Carroll; a murder carried out by the Continuity IRA in 2009.

Each of the events act as a reminder that while the peace process must continue to be hailed as a success there still remains the spectre of paramilitarism.

With the emergence of the ‘New IRA’ in the middle of last year they released a statement maintaining that ‘The IRA’s mandate for armed struggle derives from Britain’s denial of the fundamental right of the Irish people to national self-determination and sovereignty – so long as Britain persists in its denial of national and democratic rights in Ireland the IRA will have to continue to assert those rights.’

The question then remains how can any of these events be linked to the struggle for ‘national self-determination and sovereignty’?

How will the murder of two petty criminals, the ongoing disruption to the everyday lives of the people of Northern Ireland, the targeting of PSNI stations or the murder of a Catholic police officer bring a united Ireland anyway nearer? 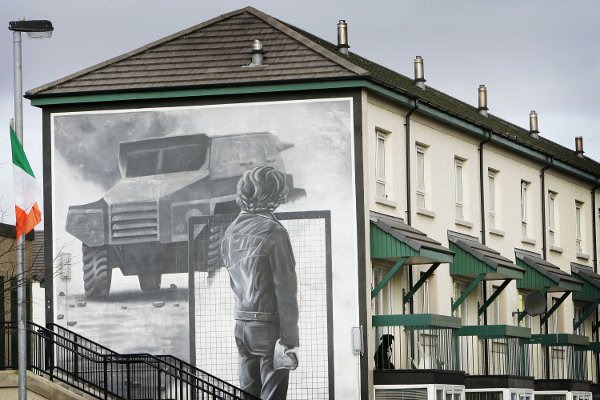 With their constant hoaxes and security alerts, dissidents are attempting to disrupt the normalisation of Northern Irish political life

It is not only the goal of a united Ireland they have in mind; with these acts the groups are trying to legitimise their continued existence. They are fighting for their survival.

For years they have been trying to reignite a dormant struggle to no avail. They are now attempting to show to their membership and support that it is worthwhile persevering with them.

By murdering suspected drug dealers and petty criminals such as McCory and Kearney, in their eyes they are doing the job which they portray that the PSNI cannot and will not do. A job they say the police force have no legitimate right to do.

In a statement claiming responsibility for the death of Kearney they declared that ‘as a direct result of Kearney’s drug dealing many of our young people have developed drug addictions, and some have lost their lives. The IRA will not allow this to continue.’

This was immediately followed by a threat to two of his associates to ‘leave the country within 48 hours.’

They are claiming to protect the republican and nationalist communities and in turn trying to gain their support, support which will be vital if they are preserve the terrorist campaign.

With their constant hoaxes and security alerts they are attempting to disrupt the normalisation of Northern Irish political life, a normalisation which has seen their former comrades in Sinn Fein sitting alongside, the once denigrated, DUP in the office of First Minister and Deputy First Minister. 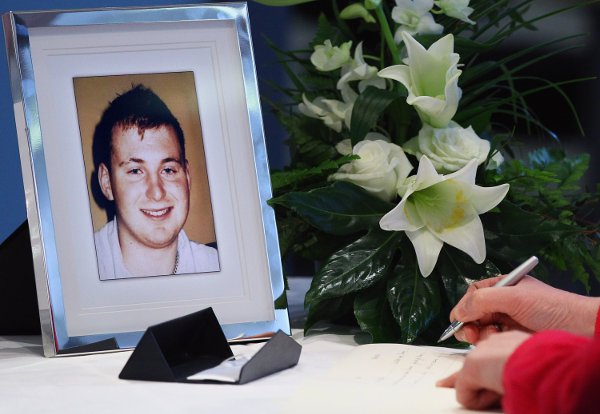 PSNI officer Ronan Kerr was murdered by dissidents in 2011

Through their targeting of Catholic PSNI officers, such as Stephen Carroll, Peadar Heffron and Ronan Kerr, over the past number of years they have tried to both send a message and create an enemy. And in their persistent attempted attacks on the Strand Road PSNI station they are signalling that they are not going away.

For them the PSNI is no different from their predecessors in the RUC.

They paint them as a British occupying police force, one which has no right to be patrolling the streets of the ‘six counties’.

However, unlike the RUC, the PSNI is significantly more representative of both the Catholic and Protestant communities of Northern Ireland.

They naively believe that it is then, when they can once again portray the police as an unrepresentative force, that they will regain support for their actions and their continued existence. To date this tactic has fortunately failed.

In the lead up to the centenary of 1916 they are trying to both destabilise the peace process and reignite their paramilitary campaign.

They are looking at this as an opportunity to link themselves to the national sentiment in the lead-up to 2016.

For the time being we have a manageable threat one which the PSNI and the Gardai have proven time and time again that they are able to deal with.

However, it is clear that this is a threat that needs to be continuously monitored in the years ahead.

John Morrison is a Senior Lecturer in Criminology and Criminal Justice at the University of East London and is the author of Origins and Rise of Dissident Irish Republicanism: The Role and Impact of Organizational Splits, which is due to be published later this year.