A NEW Irish pub opened in Edinburgh at the weekend – but you’d be forgiven for thinking you were in Craggy Island after stepping through the door.

Painted by artist Chris Rutterford, the mural depicts some of the most iconic scenes from the classic 90’s sitcom, including the priests getting lost in Ireland’s biggest lingerie section, Ted and Dougal’s underwhelming blasphemy protest, and their Eurovision entry ‘My Lovely Horse’. 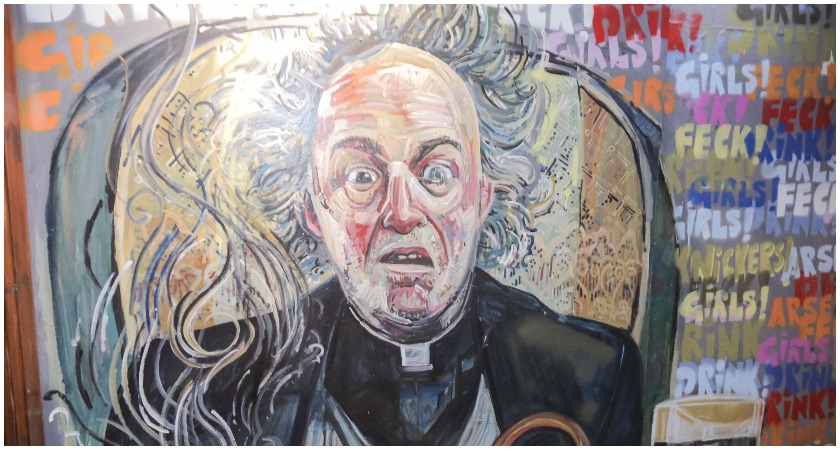 Drink! It wouldn't be right if Father Jack wasn't involved.

Chris said: "When we decided to go with the Father Ted theme for the staircase I really felt we were on holy ground – it’s one of the funniest shows there's ever been. I love it.

"I've produced lots of murals over the past few years but this felt a wee bit intimidating – it's such a classic. There was no shortage of iconic moments and characters to include. I spent a full night ploughing through the shows looking for the thread of the story.

“The final piece is a bit like a graphic novel – an invitation to visit Craggy Island from the comfort of the new Malones.” 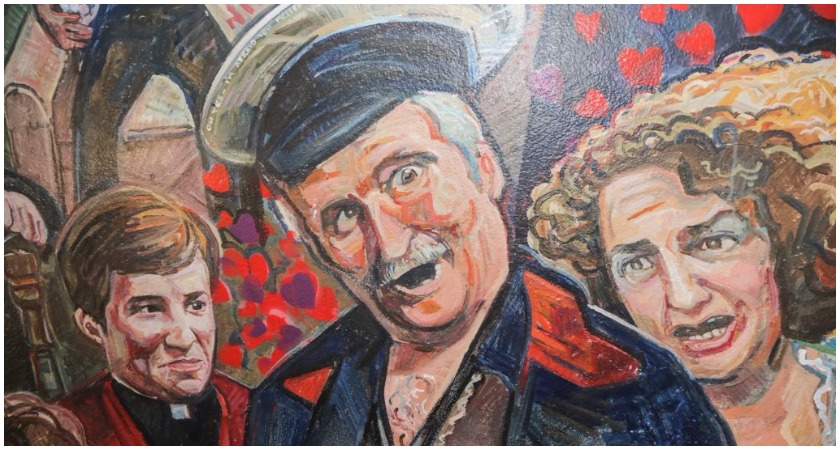 Lock away your wives: Playboy milkman Pat Mustard features prominently, as he should.

Malones Irish Bars also have branches in Glasgow and Aberdeen, and their new Edinburgh pub comes after a huge £1 million-plus investment.

The group had been searching for a new location in the city since its previous venue was sold at the start of 2017.

Around 35 full-time and part-time jobs are being created, with more than 20 musicians expected to perform each week. 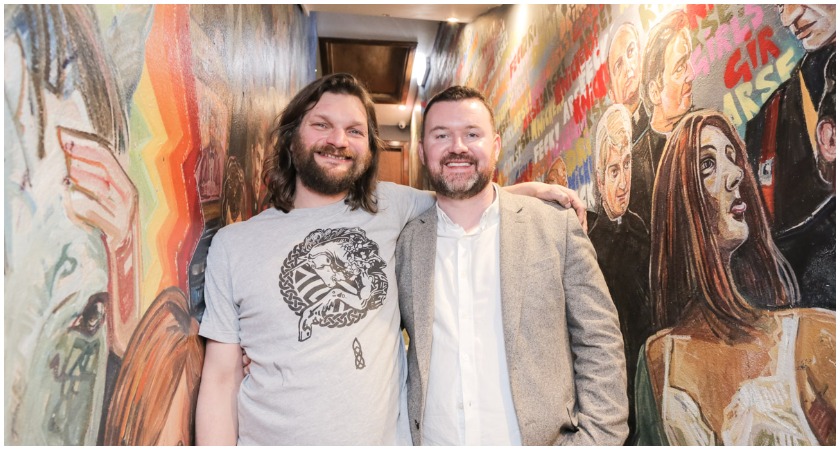 Simon Keane, director at Malones Irish Bars, said: “After a long break … the craic is back! We’re delighted to be re-launching Malones in Edinburgh.

“We’re all huge Father Ted fans at Malones and we even hold a Father Ted festival each year to raise money for charity.

“We’re delighted with Chris’s mural. It must be one of the largest tributes to Father Ted – it’s a stunning piece of work.”