DOGNAPPERS in Ireland could face up to 10 months in prison if legislation put before TDs in the Dáil passes.

The Criminal Justice Theft and Fraud Offences Amendment Pets Bill 2020 has been put forward by Aontú leader Peadar Tóibín in an attempt to crack down on the recent rise in the number of pet thieves.

Over the last year, and particularly during lockdown, a number family pets - especially dogs - were stolen by thieves looking to sell them on, while some were taken to be put into breeding programmes.

Valuable breeds could be sold for thousands of Euro, and once lockdown hit, demand for cuddly companions went up, while availability went down - with shelters and animal homes forced to close due to the pandemic.

Ultimately, the situation led to a worrying rise in dog-theft across the country, with pets being stolen from parks, back gardens and even from people's houses during the night.

Previously, pets have had the same legal status as things like furniture, meaning that if someone's dog is stolen, the law cannot treat it more seriously than if someone had, say, one of their power-tools nicked.

In July, calls were made to change this, and to increase the punishment for convicted pet thieves. 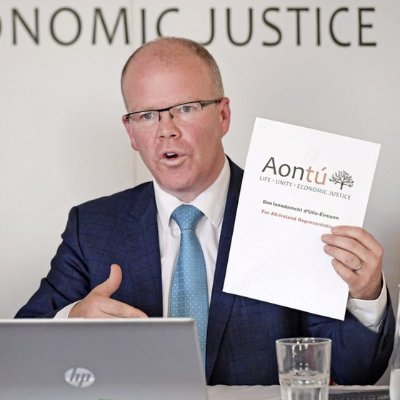 Speaking about the proposed legislation, Mr Tóibín said: "In recent months, we've seen reports of the theft and resale of family pets. We have also heard reports of pets being taken for breeding purposes.

"It has been reported that professional gangs can make big money from this type of theft. It has even been suggested that thieve may leave a lark on the road in chalk by tying a piece of string to a garden gate to target those houses for theft after dark," the Meath West TD said.

"I have been contacted by many devastated individuals in recent times whose pets have been stolen. It is, for this reason, I am co-signing the introduction of the Criminal Justice Theft and Fraud Offences Amendment Pets Bill 2020.

"The purpose of this Bill is to provide for a mandatory minimum sentence for theft and certain related offences concerning pets.

"People value their pets, the sentence and punishments for those who steal family pets should be harsher than the penalty for stealing objects, because to most people their pets are viewed as more than a mere household or farmyard asset, a dog or a cat can be a member of the family and families that lose them are often broken hearted.

"People who break the law and steal a family pet should face a minimum of a 10-month prison sentence."