IRELAND COULD be set to introduce tougher penalties for dog thieves.

RTE reports that the Dáil is set to consider a motion that would see penalties for the theft of pets increased nationwide.

The Regional Group of TDs is keen on the Government to use a bill being considered by the Oireachtas as a legal mechanism to change the law around pet theft and create a greater deterrent.

It comes after figures published by An Garda Síochána showed some 244 dogs were reported stolen in Ireland over 2020.

That represents a 16% increase on the number reported in 2019. At present, the theft of dogs fallens under the category of stolen property in the Criminal Justice (Theft and Fraud Offences) Act 2001.

However Independent TD Denis Naughten believes this legislation fails to take into account "the emotional distress of the theft of a family pet".

He has called for the introduction of "significant penalties" for anyone stealing or re-selling pets.

Naughten believes that the theft of pets should be treated different to material items like mobile phones. .

"We all know that pets are much more than property, they are very much part of a family in homes across our country; sometimes the only friend to someone who is isolated, the guide for someone who is blind or has other sensory issues, and this needs to be clearly reflected in much stronger legislation," he said. 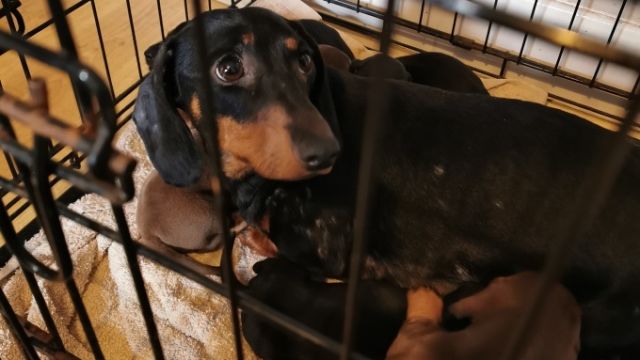 The Criminal Justice (Theft and Fraud Offences) (Amendment) Bill 2020 is due to be brought before the Dáil this week.

The Regional TDs motion to amend the legislation so it reflects that "pets are much more than property" will be heard on Wednesday.

They will argue the change will help serve "as a real deterrent" against thefts of this kind.

Helen McEntee, the Minister for Justice, told RTE she is "very conscious of the huge distress" dog thefts can case and added that he Minister of State with responsibility for Law Reform James Browne has "a strong interest in this issue".

The Bills Office has already approved Minister Browne's Private Member's Bill to strengthen the place of companion pets in legislation.

Now the draft legislation is due to be reviewed by Officials in the Department of Justice. The Minister is in the process of considering their observations.