NIGEL FARAGE has sparked outrage after he defended US President Donald Trump's comment about grabbing women "by the p****" during an ITV election debate on Sunday.

While the Brexit Party leader insisted that Trump was wrong to say what he said, he suggested that "men say dreadful things sometimes," and that it was something anyone could have uttered "on a night out after a drink".

"Men say dreadful things sometimes. If all of us were called out for what we did on a night out after a drink, none of us would be here," he said. 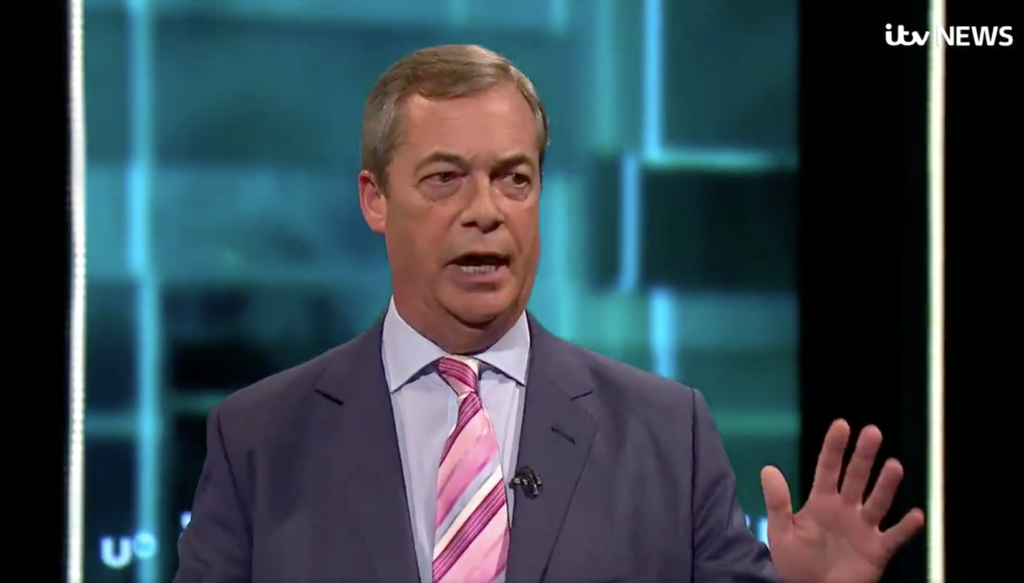 He was then cut off by Liberal Democrat leader Jo Swinson, who asked him: "Is that what you do on a night out after a drink?"

Farage replied sarcastically: "I'm sure you've lived the purest life of anybody and never said a word wrong about anything anywhere."

He then suggested that Swinson's hatred of Trump would be counter-productive for an Anglo-American relationship that is very much in the national interest.

"He is president of the USA and that relationship matters. You are so anti-American you are prepared to put your hatred of Trump above our national interest. That is a great mistake."

Plaid Cymru leader Adam Price later said that Farage was wrong to defend the US president.

"It can never be acceptable for a man to talk about grabbing a woman’s pussy. If you think it is you should be ashamed," he said. 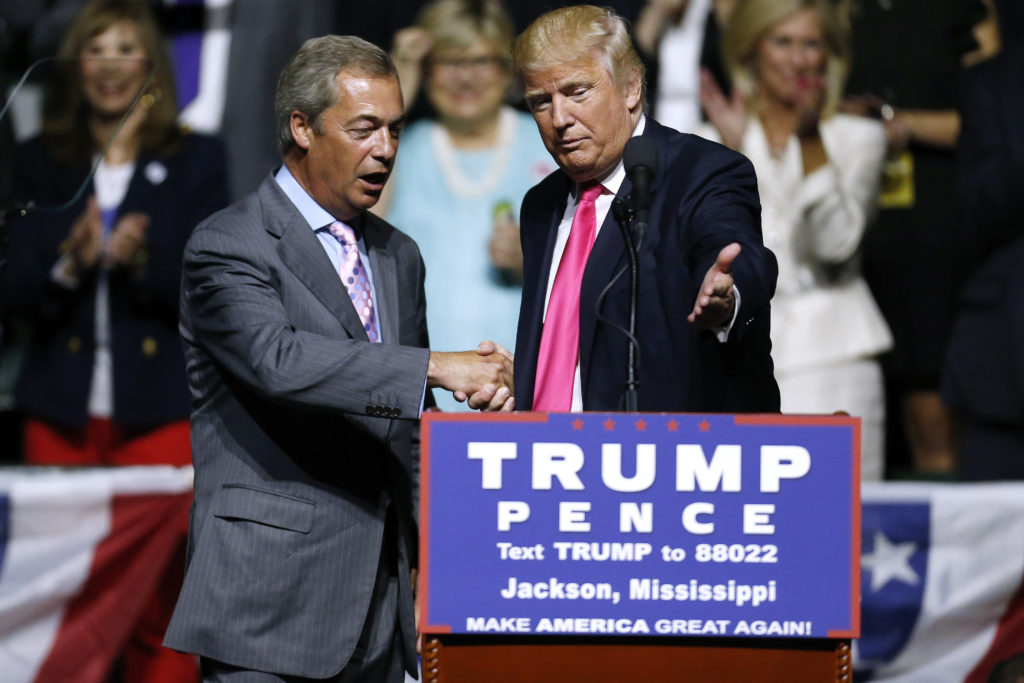 Similarly, Farage came under scrutiny on social media for his defence of Trump's comments.

One Twitter user wrote: "Farage's attempts to diminish Trump's boasting of 'grabbing women by the pussy' by saying 'well, men can say terrible things, especially after a drink' are an absolute disgrace. Absolutely abhorrent. The mask slips."

Another said: "'Men say dreadful things sometimes' says Farage on the subject of Trump boasting about groping women. Adam Price says if he thinks that's acceptable be should be ashamed of himself. Farage just laughs. It's not like Farage's true colours were ever really hidden but wow."