A MARINE biologist has admitted there is very little hope of Fungie the Dolphin ever returning.

Fungie expert Dr Kevin Flannery resides in Dingle, where Fungie lived for over three decades, and understands the importance of the animal to locals and tourists.

Sadly however, in his expert opinion the intelligent and playful animal will not be seen in Dingle Harbour again, as he told The Irish Mirror: "I wouldn't think there's any hope of him returning at this stage."

Fungie has been missing for three weeks now, and with each passing day the chance of him returning grows smaller-- before this, the longest he had ever been missing from Dingle Harbour was around four hours.

For days boats, fishermen and divers searched the harbour and beyond for any sign of the dolphin, but while they haven't found him, they also have not found any remains, which experts say is a good sign that he may simply have moved rather than passed away.

But with Fungie gone, the town of Dingle faces a steeper challenge than simply missing the company of their town mascot: Dingle has relied on the dolphin for tourism for almost thirty years-- up to 100 people rely on Fungie tours or shops for employment. 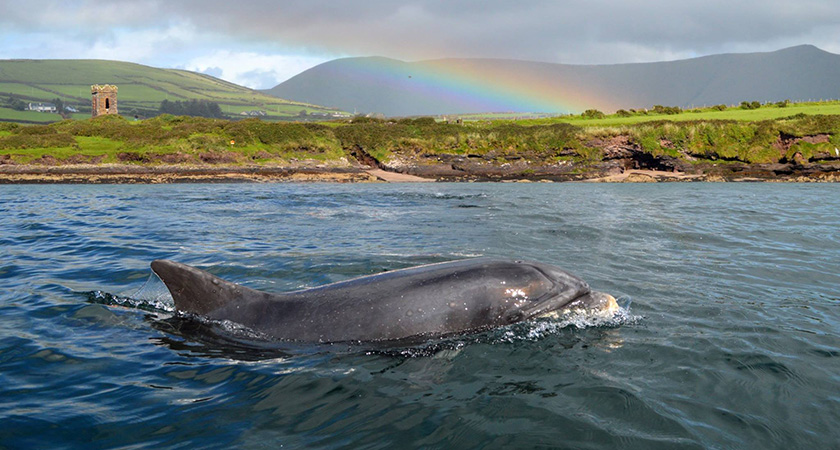 Much of the town's economy centred on Fungie, with up to 12 boat tours venturing to find the dolphin every day

Now, between losing the dolphin and the ongoing coronavirus restrictions, the town's economy is in dire trouble.

Dr Kevin Flannery told The Irish Mirror that if the town is not out of Level 3 by the Christmas period, where masses of tourists head to the town to celebrate St Stephen's Day and New Year's Eve, "it'll be a be a major catastrophe for the hospitality industry and the tourist industry", especially with the dolphin gone.

But, "at this point [the people of Dingle] have to move forward without the dolphin, and that's it," Dr Flannery said.