A NORTHERN Irishman on his way to watch a Rangers Scottish Premiership football game died following a fatal bus crash in Scotland.

Ryan Baird, 39, originally from Larne in Co. Antrim, was travelling on Saturday with other Rangers fans from the Nith Valley Loyal Rangers Supporters Club when the incident happened. 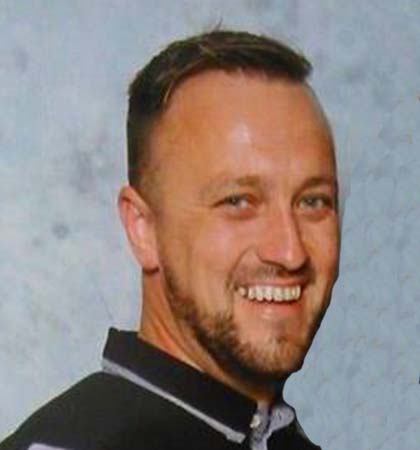 The fans were travelling to see Rangers play Patrick Thistle in the Scottish Premiership at the Ibrox Stadium in Glasgow.

The coach was travelling on the A76 in East Ayrshire just after 1pm on Saturday afternoon when the crash happened.

Mr Baird, who had relocated to Sanquhar in Dumfries and Galloway, Scotland from Ballycarry in Antrim, was due to marry his fiancée Sarah Hughes next August.

Tributes poured in for the Larne man, who also has twin adult sons from a previous relationship.

His cousin Louise Evanne Baird said: "It hasn't sunk in yet."

"You were an amazing cousin and you will be sadly missed," she said.

"I am trying to think of all our happy memories that we shared and how you were always there for me no matter what."

"You wake up and plan, what you are doing today," it read, "But never do you think, it will end this way." 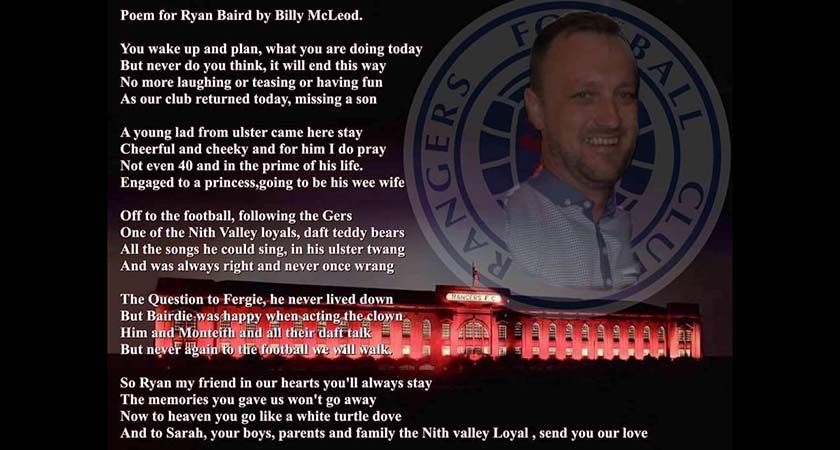 Rangers Managing Director Stewart Robertson added: “Everyone at the football club and every member of our Rangers family is thinking of all of those caught up in this terrible accident."

"Clearly this is a deeply distressing time and the Board extend our deepest sympathies and concerns," he added.

Inspector Darren Faulds, from the Road Policing Unit at Police Scotland said: “Enquiries are ongoing to establish the cause of the crash."

Anyone with any information is asked to call road policing officers at Irvine Police Office on 101.

Irish woman among those killed in bus crash in Dubai

Irish passengers among those injured in Amsterdam to London bus crash