THE number of Irish immigrants deported from the United States has climbed for the second year running under President Donald Trump.

A total of 47 Irish people were removed from the US in 2018, the latest figures from the Immigration and Customs Enforcement (ICE) show.

Some 34 undocumented Irish citizens were deported in 2017, compared to just 26 the previous year.

That means the rate of deportations among the Irish community in America has almost doubled since President Trump took office in January 2017. 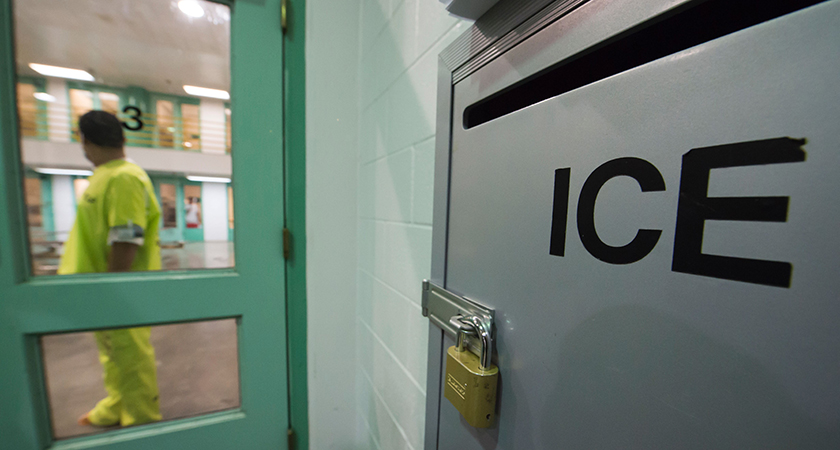 Over a quarter of a million people were removed from the US by ICE in 2018 (Image: Getty)

The border enforcement agency said it had seen a "significant" increase in removals as Mr Trump pushes for tougher immigration legislation.

Overall, more than 256,000 people were deported from the United States last year – an increase of about 13% on the year before.

It is believed there are as many as 50,000 undocumented Irish people living in the US.

Speaking last year, Kieran O'Sullivan of the Irish Pastoral Centre in Boston said the surge in Irish deportations under President Trump was a "disturbing" trend.

"The majority of the undocumented Irish [in America] work hard, they pay taxes and they're only looking to make a better life for themselves and their families," he said.

"This notion that's out there – that they're a threat to the country – is nonsense."

Migrants found on cargo ship bound for Ireland are deported