POLICE have released CCTV footage after a thief who broke into a Canadian gallery and stolen a Banksy painting – before the exhibition had even opened.

The Art of Banksy exhibition – which features sculptures, paintings, screen prints and installations of the artist’s work – officially opened on Wednesday.

However Toronto Police have revealed a print entitled Trolley Hunters was stolen from the Sterling Road venue on Sunday morning.

They have also released CCTV footage of the theft in a bid to catch the culprit.

In a statement, Toronto Police said: “At approximately 5.04am, a man entered through a door to gain entry to the exhibition.

“Once inside, the man picked up a print, Trolley Hunters, and left the exhibition through the same door.”

The artwork depicts a group of primitive men preparing to attack shopping trolleys. 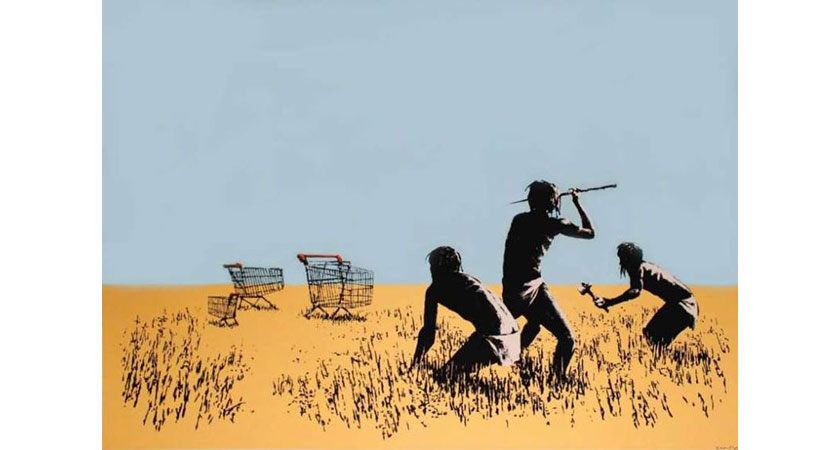 Said to be a critique on corporate food production, the work is valued at around £26,000.

Confirming the theft, Corey Ross, president of Starvox Exhibits, said: “We can confirm a piece of art went missing during setup of The Art of Banksy exhibition in Toronto.

“The incident was reported to the police who are currently investigating the disappearance.

“Due to the investigation, we will not be commenting further at this time.”

Anonymous artist Banksy has become famous for his guerilla street artworks of political and social commentary in a trademark stencil style.

Banksy artwork self-destructs moments after selling for £1m at auction