A HELICOPTER has reportedly crash-landed onto a building in Midtown Manhattan - killing at least one person - according to reports.

Early indications suggest that it was in fact the pilot of the aircraft who died in the crash.

It’s believed at this stage that the crash was caused by the rainy weather in the city, but nothing has been officially confirmed yet.

A fire broke out following the crash, which happened around 2pm local time, but was quickly extinguished.

Ambulances and fire engines have clogged up the surrounding areas, rushing to get to the scene.

The New York City Fire Department confirmed the crash and said on Twitter that firefighters were on hand within minutes of the crash landing to douse the flames.

The incident occurred around 7th Avenue between 51st and 52nd streets, just a few blocks from Times Square.

Emergency services quickly swarmed the area and have reportedly evacuated the building.

Scene at 52nd between 6th and 7th after plane/helicopter crash in NYC. Building was evacuated. pic.twitter.com/8XqDDRvr2C

Governor Andrew Cuomo, who was at the scene shortly after the crash, told reporters that it appeared a helicopter attempted a forced emergency landing on the roof of the building.

Police later confirmed that the helicopter made “a hard landing” on the roof of 787, 7th Avenue. 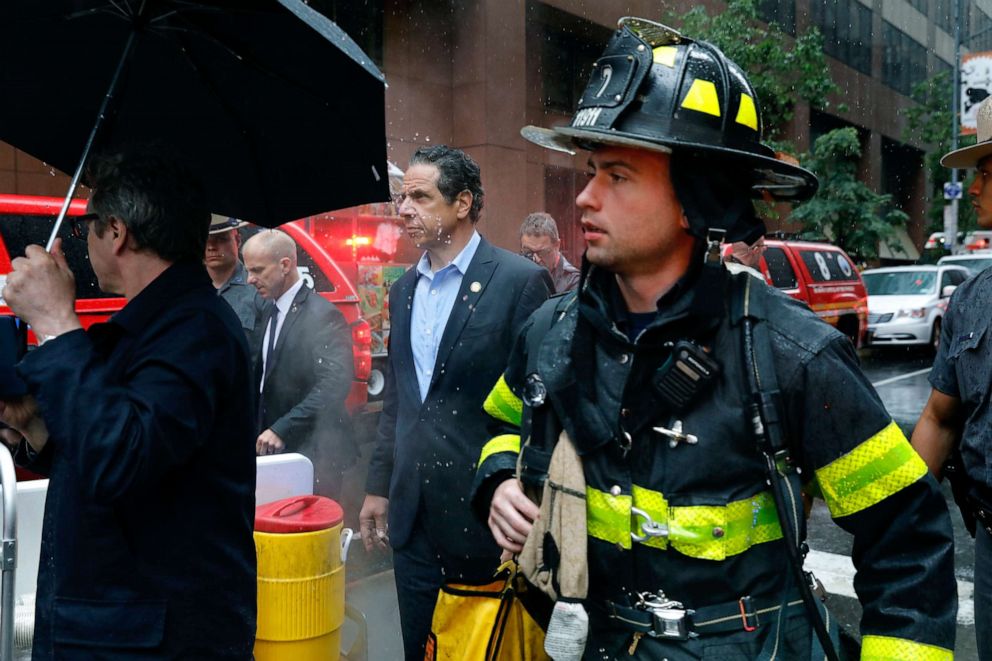 Emergency services on the scene at 7th avenue, Midtown Manhattan

They said they have opened an investigation into the incident and asked people to avoid the immediate area.

Though it appears to have been an accidental crash, Governor Cuomo said: “If you’re a New Yorker, you have a level of PTSD from 9/11, so as soon as you hear an aircraft hit a building, I think my mind goes where every New Yorker’s mind goes.”