THERE IS outrage  among animal lovers as an Irish rescue service shared a heartbreaking story of puppies being dumped like rubbish.

The Wexord Society for the Prevention of Cruelty to Animals (WSPCA) took to social media where they detailed their newest rescue.

Ireland has been struck with many stories of animal cruelty and the callous dumping of unwanted pets, and this one is no different.

A spokesperson for the WSPCA revealed that a woman had noticed a black bag in a car park in St Peter's Square, and assumed it was rubbish that someone had dumped there.

However, upon her return two hours later, she heard a whimpering from inside the bag-- and realised they were defenceless puppies who had simply been thrown away like rubbish. 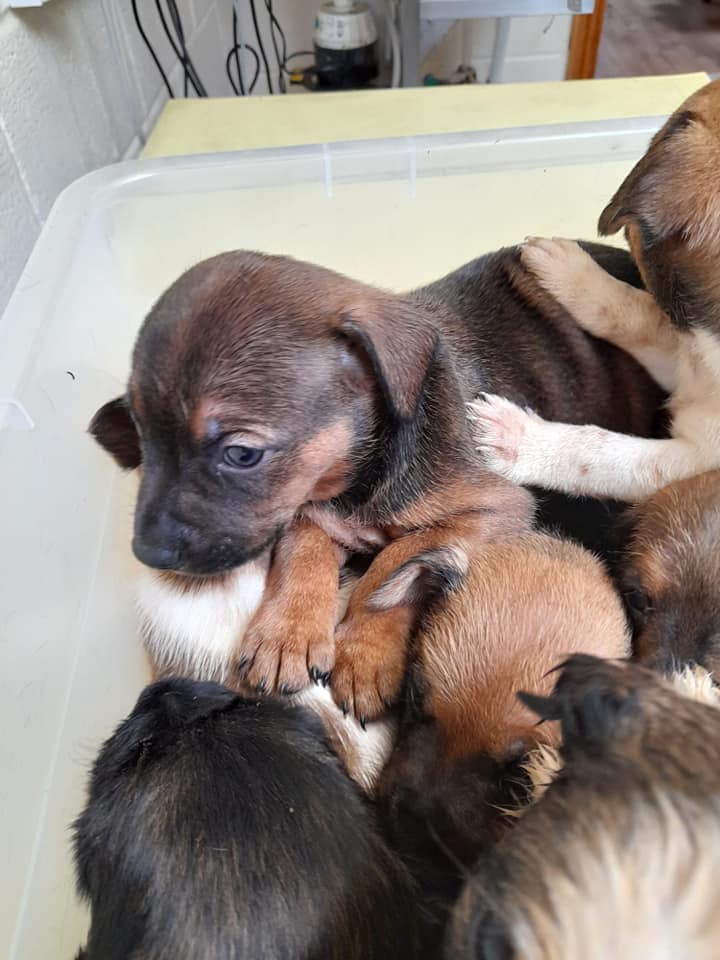 In a statement, the WSPCA described the awful scene: "She noticed that the bag was moving as she went to investigate she heard a puppy crying.

"She tore the bag open to find this plastic container full of puppies, one puppy had [escaped] from the bag and was struggling in the corner of the bag."

The woman enlisted the help of two passers-by, and together the three animal lovers brought all 13 puppies-- believed to be a mix of at least two, possibly three litters-- to the animal charity's headquarters. 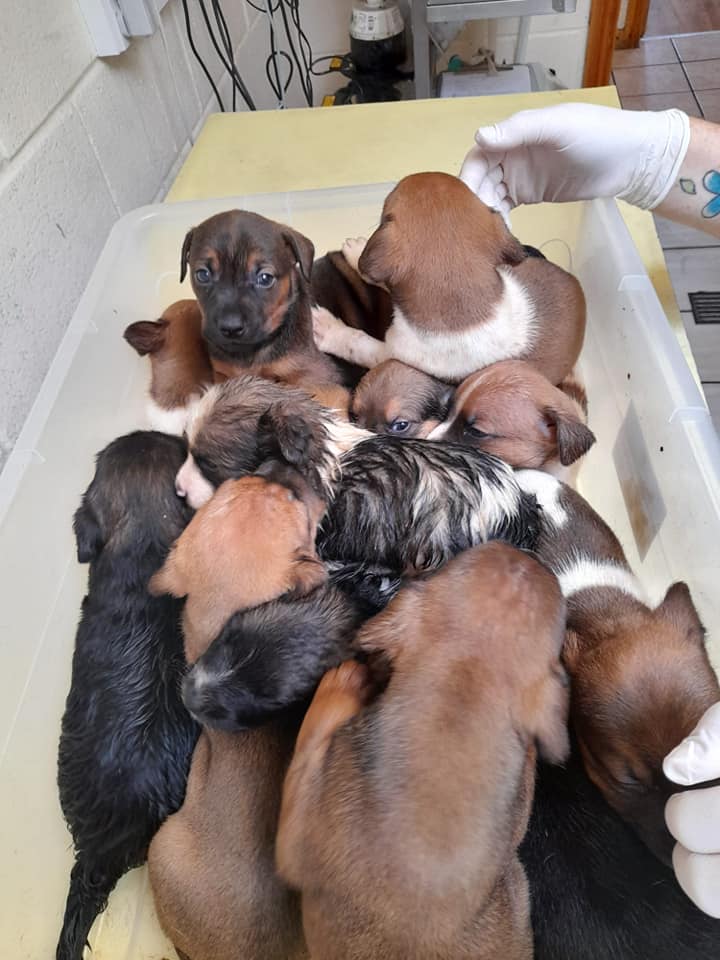 Some of the puppies are as young as four weeks old, far too young to have been taken from their mother, and all were "hungry, covered in [their] own faeces and urine, little tummies full of worms, and blisters from [their] own urine".

The puppies are now safe in the care of the Veterinary Centre in Wexford's Distillery Road, but will need extensive treatment after suffering such brutal neglect.

The WSPCA have appealed to anyone who can help them find the owners of the puppies to come forward, pleading: " Please if you know where these puppies came from let us know".

They added that they are "hopeful" the puppies will recover and go on to new, loving homes-- but "the really unfortunate thing is that there are two if not three female dogs looking for [their] puppies tonight".

"These poor dogs will be in season in a few months again and it starts all over again."

The rescuers appealed for anyone who is "in a position to donate to the welfare of these puppies" to do so via their Facebook page (here) or by calling into their office on Distillery road.