Genoa , Italy - 25 June 1990; Paul McGrath of Republic of Ireland during the FIFA World Cup 1990 Round of 16 match between Republic of Ireland and Romania at the Stadio Luigi Ferraris in Genoa, Italy. (Photo By Ray McManus/Sportsfile via Getty Images)

MANCHESTER UNITED and Republic of Ireland legend Paul McGrath has been officially inducted into the FAI Hall of Fame.

Widely regarded as one of Ireland's best ever players, McGrath was a cornerstone of the national team that enjoyed unprecedented success under Jack Charlton.

One of the first names on the team sheet under Charlton, McGrath represented Ireland with distinction at Euro ‘88, Italia ‘90 and USA ‘94.

Arguably his finest performance in the green jersey came in the latter of the three tournaments, against Italy. 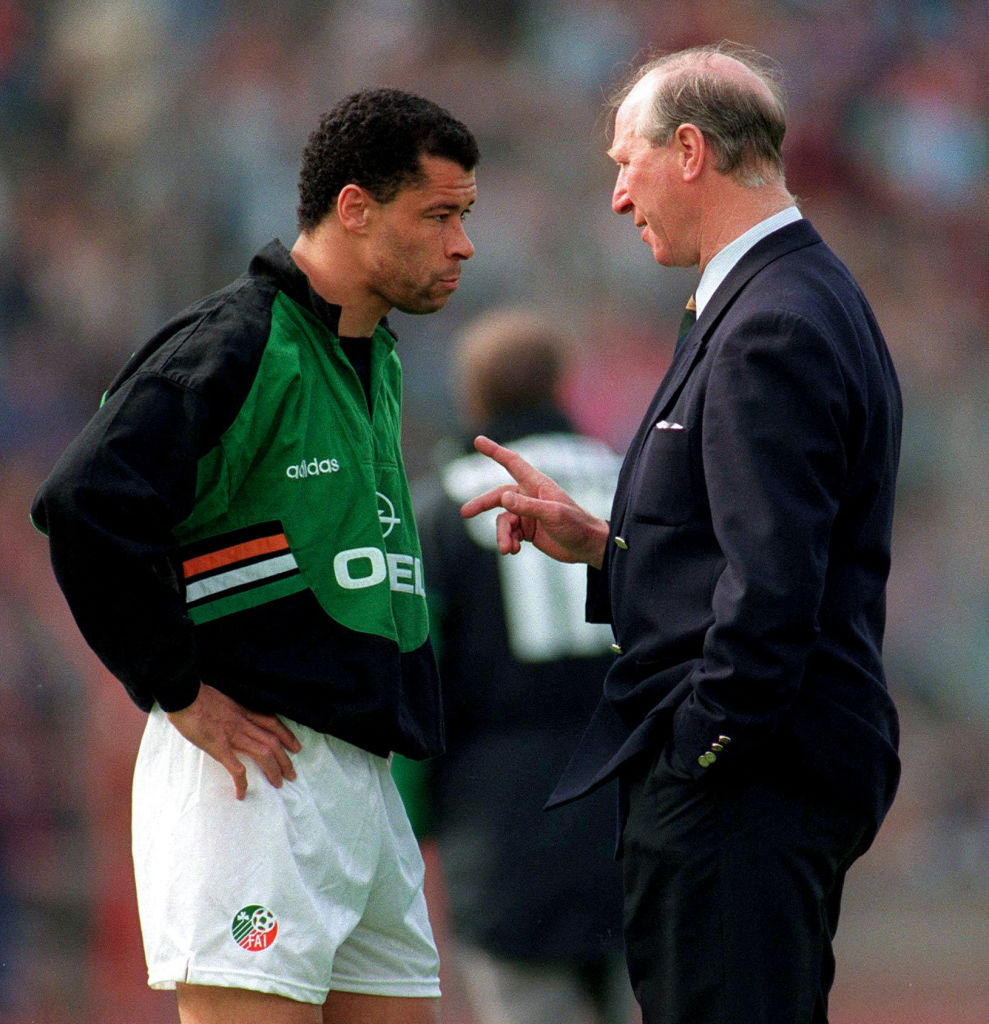 Tasked with man-marking Roberto Baggio, widely regarded as the best player in the world at the time, McGrath put in a near-perfect performance, despite nursing a knee injury, to help Ireland to a famous 1-0 victory.

Though he first rose to prominence at Manchester United, McGrath played the bulk of his career at Aston Villa, winning the prestigious PFA Players' Player of the Year Award during the inaugural season of the Premier League.

The former Ireland captain was honoured at a special ceremony held at the FAI headquarters at Abbotstown. 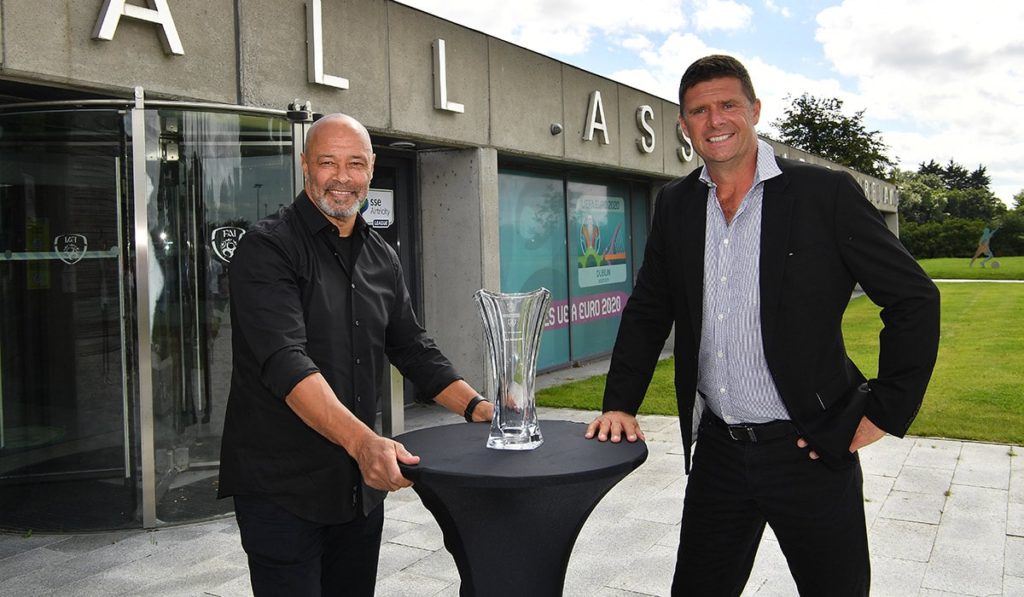 McGrath was joined by Interim Deputy CEO of the FAI Niall Quinn, who paid tribute to the Irishman as a true great of the game.

Quinn said: “I have to admit that I was a little bit starstruck when I met Paul at Abbotstown to present him with the Hall of Fame award – and I played with him!

“That just tells you the stature of the man.

“The word “legend” can be used very freely these days, but Paul is just that… a legend of world football, and not just an Irish hero.

“He was there for all the great days of the Jack Charlton era and it was a pleasure to play with him and be around him in those Ireland squads.

So proud to have been presented this award by Niall Quinn @faireland made even more special sharing the moment with Charlie O Leary & his son John ☘️ 🇮🇪 #halloffame pic.twitter.com/DlCWC6JgIo

“Paul is a very humble man to this day and to meet him again was such a pleasure.

“He is one of the greatest players we have ever seen and his arrival into the FAI’s Hall of Fame is so well deserved.”