MELBOURNE, AUSTRALIA - JANUARY 21: Shuai Peng of China plays a backhand during her Women's Singles first round match against Nao Hibino of Japan on day two of the 2020 Australian Open at Melbourne Park on January 21, 2020 in Melbourne, Australia. (Photo by Mark Kolbe/Getty Images)

THE WOMEN'S Tennis Association have said that it's concerns over Chinese tennis Peng Shuai's safety have not been alievatated after the organization held a call between the president of the International Olympic Committee and Shuai.

The IOC released a statement after the call saying the Chinese woman was safe and well.

Peng has not been seen since she accused a senior Chinese minister of sexual assault allegation on Weibo. 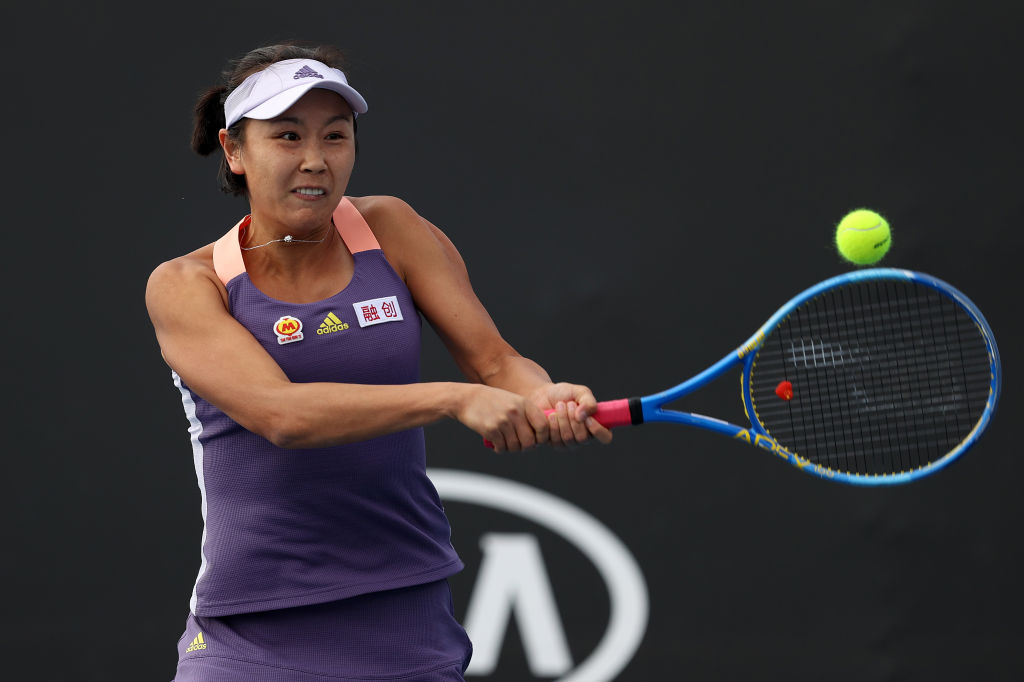 Her disappearance has gained attention online from sports stars. Many have called on China to provide proof that she was safe.

The furore over her disappearance promoted the Chinese state media to release a series of photographs and videos showing she was safe and healthy.

Thomas Bach, IOC President held a video call with three-time Olympian on Sunday after the IOC released a statement.

The account said Peng had "thanked the IOC for its concern about her wellbeing".

"She explained that she is safe and well, living at her home in Beijing, but would like to have her privacy respected at this time," it added.

"She prefers to spend her time with friends and family right now," it said. "Nevertheless, she will continue to be involved in tennis."

The IOC statement also showed an image of the video call taking place, with Peng happy on camera.

Summary of events with #PengShaui by @Reuters, we will continue to follow and happy with the goodwill of everyone confirming that she is safe, we will respect her time! pic.twitter.com/Jkk0BDm0BW

The WTA, however, have said the video does not do enough to dispel the myth that she is unsafe. They believe she is not able to communicate without censorship or coercion".

"This video does not change our call for a full, fair and transparent investigation, without censorship, into her allegation of sexual assault, which is the issue that gave rise to our initial concern," it added.

Neither Zhang nor the Chinese government have commented on Peng's allegations.

The topic has been blocked from discussion on China's heavily censored internet and the comments sections on all remaining posts on Peng's official Weibo account, and on numerous old posts by users about her, have been locked.

The men’s singles world No 1 Novak Djokovic said it would be strange to hold tournaments in China unless the “horrific” situation was resolved.