PHILOMENA Lee has met the Pope and asked him to back her call for the Irish Government to release thousands of forced adoption files.

The inspirational Hertfordshire-based woman travelled to the Vatican today and met the Argentine Pontiff after he addressed a gathering in St Peter’s Square.

She was joined by actor Steve Coogan, who wrote, produced and starred in the Oscar-nominated film adaptation of her heartbreaking search from her son, who was sold to a US couple by Catholic nuns in Ireland.

“As the film portrays, I have always put great faith in the Church and the good will to put the wrongs of the past right,” said the Limerick native after meeting the Pontiff.

“I hope and believe that His Holiness Pope Francis joins me in the fight to help the thousands of mothers and children who need closure on their own stories.”

Philomena has focused international attention on how nuns helped separate mothers from their children in Ireland’s brutal homes for unmarried mothers.

Campaigners claim that thousands of mothers were unfairly pressured into giving away their children in Church-run mother and baby homes.

Susan Lohan from Adoption Rights Alliance said legislation enabling the release of the files is “urgently needed” so that mothers can be reunited with their natural children.

Frances Fitzgerald, Ireland’s Minister for Children, has vowed to “provide as much information as possible to adopted persons while respecting the Constitutional rights of all parties” in her upcoming legislation on tracing rights for adopted children and their mothers.

Ms Lee has urged thousands of Irish women in Britain whose children were taken for adoption to speak out about their suffering. 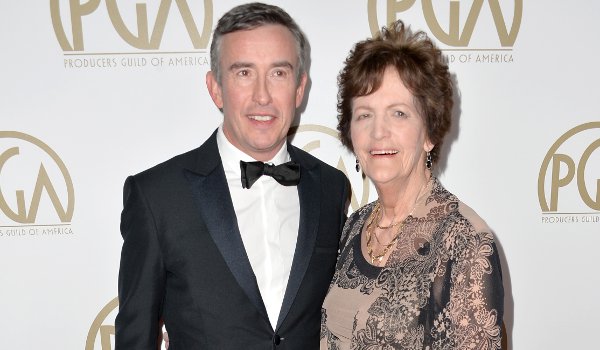 “I hope people of my own age that were frightened and scared in those days will come forward. It would help the younger generation who are looking for their mums and dads,” she said.

“A lot of my age group still do not like to tell the story, but it would be very helpful indeed if some of them could.”

Ms Lee’s journey to the Vatican comes days after revelations that the Pope may agree to attend a private screening of Philomena.

“We asked for an audience with the Pope and we are in talks with the Vatican about screening the movie to Pope Francis,” a spokesperson for the film said.

“This has been done through an intermediary and we have had a very good reception.”

But a Vatican spokesperson poured cold water over the claims.

“The Holy Father does not see films, and will not be seeing this one,” Fr Lombardi told the Catholic Herald.

“It is also important to avoid using the Pope as part of a marketing strategy.”

The order of nuns that organised the adoption of Ms Lee’s son at Sean Ross Abbey in Tipperary has denied selling any children.

Martin Sixsmith, the journalist who broke Philomena Lee’s story in his 2009 book The Lost Child of Philomena Lee, has claimed that couples wanting to adopt from mother and baby homes had to make a donation to the Church.

For a special report on forced adoption in Ireland, including testimony from those who have tried and failed to trace their families, see this week's Irish Post...

EXPLAINED: How will the 5-levels of restrictions work, and what is Ireland's new 'Living With Covid' plan?

All Irish politicians must now wear face masks in the Dáil