PIERCE BROSNAN will make his first foray into the realm of horror later this year with a new film from the studio that brought us Hereditary.

Regarded as one of the scariest films of recent times, Hereditary introduced the world to the cinematic talents of writer/director Ari Aster, and also showed an entirely different side to Ireland’s very own Gabriel Byrne, who starred alongside Toni Colette.

Hereditary was produced by A24, an independent entertainment company with a burgeoning reputation for crafting some of the best and most inventive horror films of recent times.

Some of the studio’s most notable hits have included Midsommar, High Life and the critically-lauded Irish-set scarefest The Hole in the Ground.

False Positive could be the next film added to that ever-expanding list.

Ilana Glazer stars as Lucy, who after several failed attempts at getting pregnant with her partner, Justin Theroux’s Adrian, enlists the help of “dream fertility doctor” Dr Hindle, played by Brosnan.

At first, everything goes to plan with the couple soon becoming pregnant with a healthy baby girl.

However, Lucy begins to notice something strange and sinister about her Doctor. Something that could have serious repercussions for her family plans. 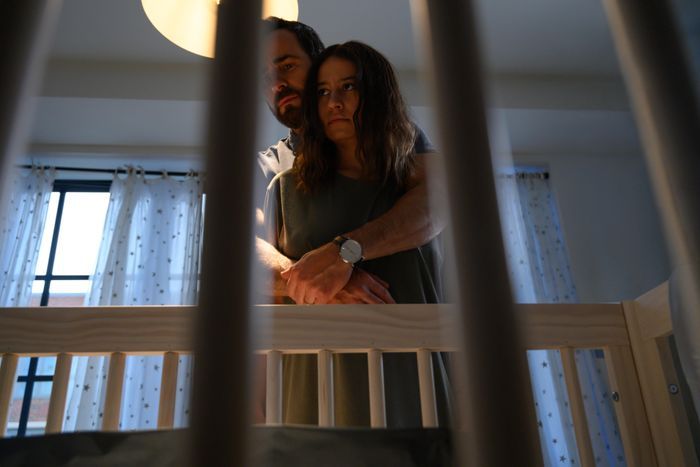 Glazer not only serves as the film’s star but also co-writer alongside director John Lee, who she previously worked with on the hit sitcom Broad City.

No one is laughing this time around though, with the initial synopsis and promotional pictures of Brosnan looking intensely serious sparking plenty of curiousity among fans.

Quite what the secret Dr Hindle is hiding is remains to be seen with speculation rife that it could be murderous or, at the very least, supernatural.

For Brosnan, the role represents an exciting new direction for Brosnan. One that could yet see the Drogheda-born actor enjoy an Indian summer of sorts.

False Positive arrives on Hulu in the US on June 25th. No official release date has yet been set for either the UK or Ireland.