TWO hundred years of obscurity for the pioneering Irish navigator and explorer Edward Bransfield will end this month when memorials are raised in Britain and Ireland to salute his historic discovery of the Antarctic continent 200 years ago.

Bransfield, an enigmatic and half-forgotten figure, is to be commemorated with an imposing stone monument in Cork and a with a Blue Plaque in Brighton to coincide with the 200th anniversary of making the first sighting and charts of the continent.

Vice Admiral Mark Mellett, Chief of Staff of Irish Defence Forces, will unveil the monument in Bransfield’s birthplace of Ballinacurra, near Midleton, Cork on January 25, 2020.

The Blue Plaque will be unveiled at Bransfield’s former home in Clifton Road, Brighton on January 30 – the exact date of his discovery.

Although Bransfield is unknown to most modern audiences, his voyage proved the existence of Antarctica and began the famous era of exploration which would later feature explorers such as Tom Crean, Sir Ernest Shackleton and Captain Robert Scott.

As a result of his discovery scientists today can monitor the damaging impact of global warming across the planet by scrutinising the Antarctic ice caps and glaciers first seen by Bransfield two centuries ago. 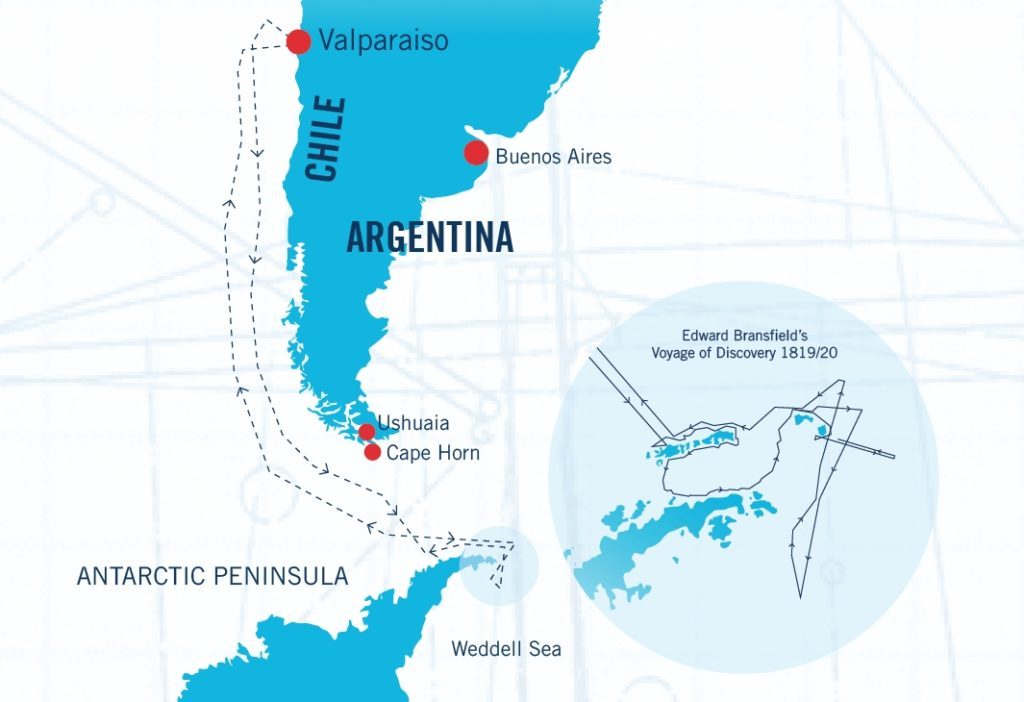 Bransfield's journey from Valparaiso to Antartica

He was born in Ballinacurra in 1785 and press-ganged into the British navy in 1803 at the start of the Napoleonic Wars.

He survived the brutal war – over 90,000 seamen died - and rose through the ranks to become a Ship’s Master with special responsibility for navigation.

He was stationed in Valparaiso, Chile in 1819 when a merchant ship called Williams arrived with reports of seeing uncharted islands after being driven off course by appalling weather south of Cape Horn.

Bransfield, an experienced and accomplished Royal Navy navigator, was given command of Williams and ordered to investigate.

Sailing alone without a support vessel, Bransfield passed Cape Horn and crossed the hazardous Drake Passage to verify the existence of the new territory, which were later named the South Shetland Islands.

Williams turned south into completely unexplored seas and on January 30, 1820 Bransfield saw the peaks and glaciers of the Antarctic Peninsula, which he named Trinity Land.

The uncharted seas he crossed today carry tourists on “trip of a lifetime” voyages to Antarctica and are called the Bransfield Strait. 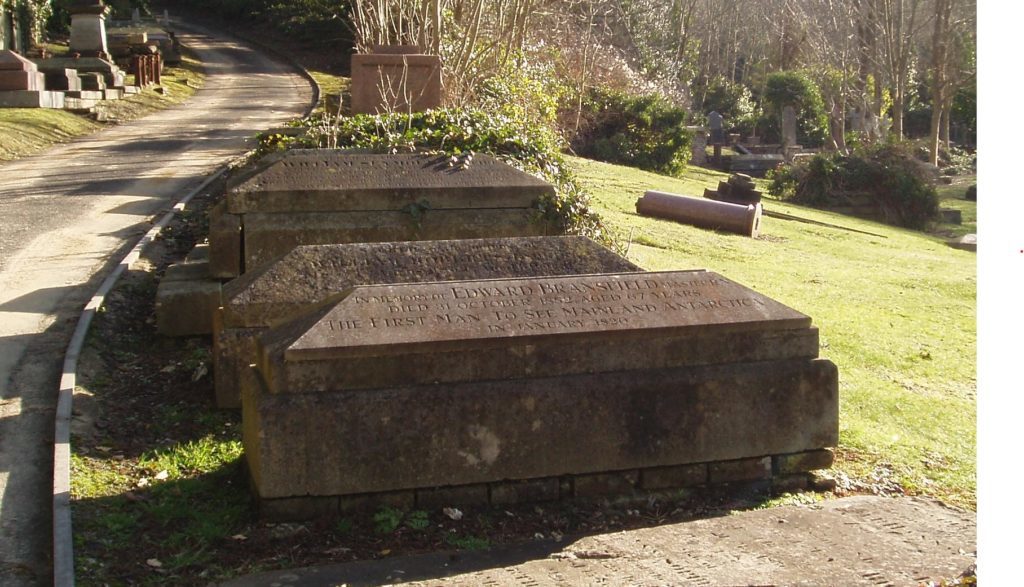 He left the navy, many of his records disappeared and he never wrote a book about his exploits.

His feat was also challenged by claims that a rival mariner, Captain Thaddeus von Bellingshausen of the Russian navy had sighted Antarctic three days before Bransfield.

However, Bellingshausen never claimed the prized sighting and later investigations show that Bransfield was the true discover of the continent.

Bransfield drifted into obscurity and was quickly forgotten.

He went into the merchant fleet, moved to England and was married three times without producing children.

He died an unknown in Brighton in October 1852.

To add to the enigma no photograph or painting of Bransfield has ever been discovered and history has no clue to the identity of the man who put the Antarctic on the map.