THE PROPOSAL for a statue of a Púca in a County Clare town have been scrapped after locals objected to how 'grotesque' it looked.

Clare County Council had commissioned a 6-foot tall art piece to be placed in the centre of Ennistymon in County Clare as part of a €500,000 investment programme by Fáilte Ireland, in part to encourage tourism to the area.

Ennistymon itself is steeped in folklore and history, and 18 pieces were submitted by artists in the hopes of having their sculpture placed in the town-- but the chosen piece, depicting a Púca with a horse's head and twisted limbs, drew widespread anger and disgust.

According to RTÉ News, some were unhappy with the depiction of a Púca as it is said to bring bad luck, while others said the piece was monstrous, grotesque and scary. 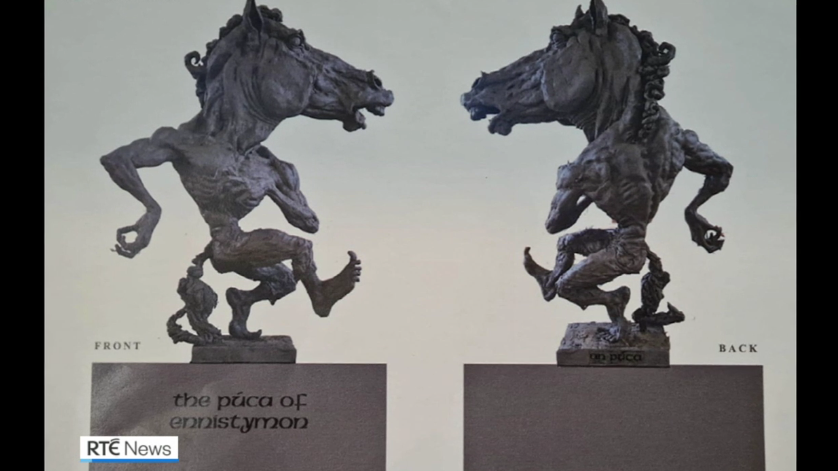 Local Senator Martin Conway said the proposed 6-foot statue was ugly and offensive,while TD Cathal Crowe described it as hideous, and said locals should have been consulted about how they wanted their town to be represented in the piece.

Senator Martin Conway spoke to The Journal where he said "The Púca still puts the fear of God into old people and was a figure that was used to frighten people.

The statue, which would have cost an estimated €30,000, had been denounced as "sinister" and "nasty" by parish priest Dr Willie Cummins as he spoke at the altar during mass on Sunday.

Clare County Council have now scrapped the plans for the Púca statue and will engage with the town's community before choosing how to press ahead with other plans.

In a statement, the County Council confirmed it had "paused the process and instead is initiating a public engagement process. Full details of the review will be publicised in due course."

The Púca is a shape-shifting ghost of Celtic folklore who was often depicted as transforming into animals such as dogs or horses. It was said to bring both bad and good luck, and struck fear into the hearts of Pagan worshippers of old.