POLICE in America are investigating after a memorial to those who died in the Great Famine was targeted twice by vandals.

They believe the first plaque was taken between August 12 and 16, while the second was stolen on August 30. 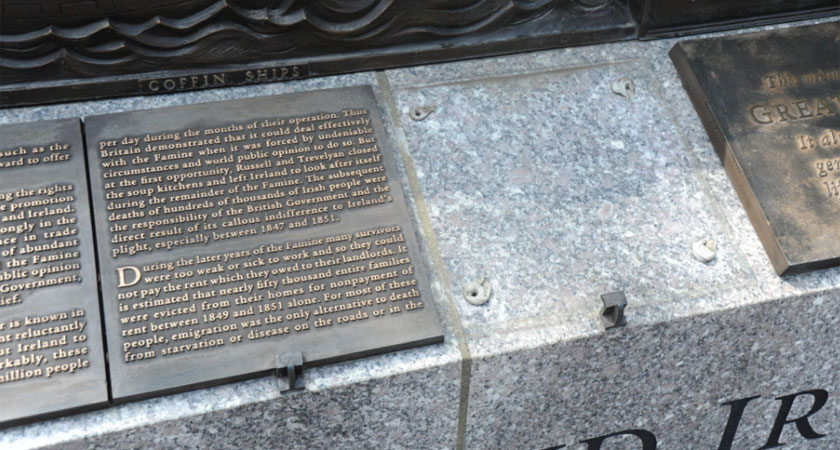 According to Turn to 10, the Rhode Island Irish Famine Memorial Committee believes the metal plaques may have been stolen to sell for scrap.

Donald Deignan, historian and president of the committee, told Turn to 10 the thieves were ‘despicable’.

The committee has since removed the remaining plaques to prevent further theft from the memorial, which was erected in 2007 at a cost of around $1million. 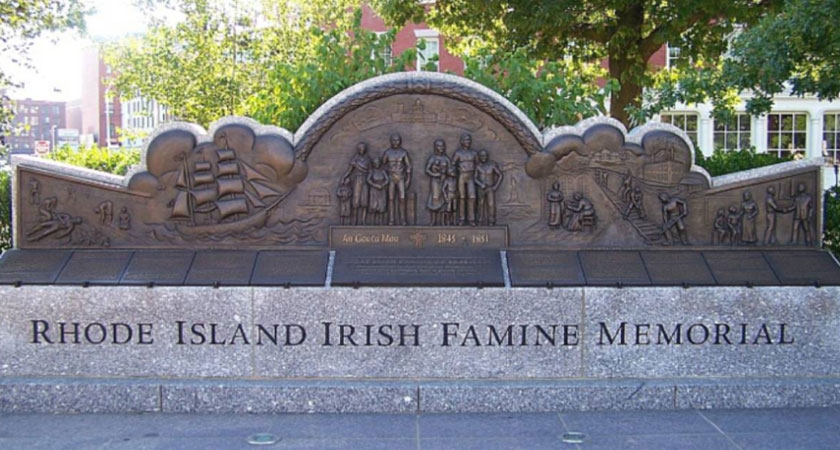 The memorial is dedicated to the victims of the Great Famine and pays tribute to those who immigrated to America, as well as their descendants.