Mr Martin, 25, was last seen at a petrol station on Bolton Road, Kearsley, in the northern Manchester borough of Bolton on August 7. He was first reported missing the next day.

Officers investigating his disappearance have since searched two properties in Blackley – one on Victoria Avenue and one on Longton Road.

A room at the Premier Inn on Middleton Road in Higher Blackley has also been searched as part of the investigation.

His car, a black Ford Focus, was also recovered on Velmere Avenue, Blackley, on Tuesday August 9.

Detectives are working to establish the circumstances surrounding Michael’s disappearance and are treating the investigation as a 'non-body murder'.

A reward of £10,000 is also being offered to anyone with information about what may have happened to him.

Police believe that Michael was assaulted shortly before he was reported missing.

Scroll down to see the CCTV images 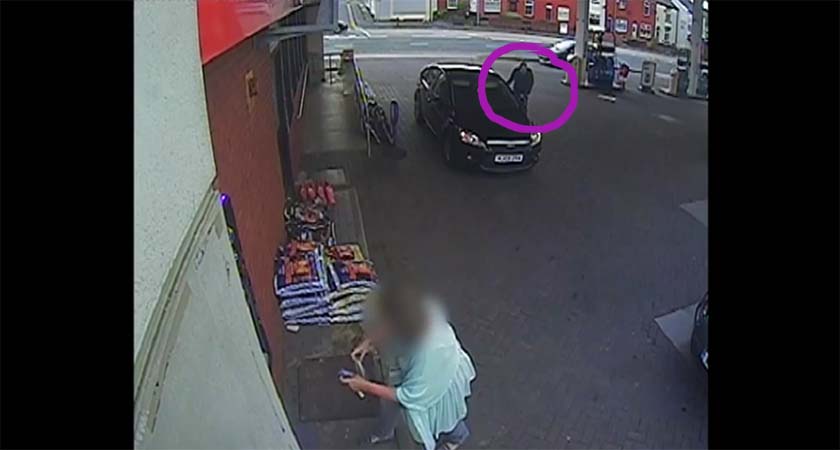 As reported by The Irish Post Michael Martin's disappearance was upgraded to a non-body murder investigation last week.

At the time, Detective Inspector Andrew Naismith from GMP’s Major Incident Team said: “We are investigating a number of possibilities, however a non-body murder investigation has now been launched.”

At a press conference on Monday, (August 22), Detective Superintendent Jon Chadwick, the head of GMP's Major Incident team, said they are "keen to speak to anyone who may have seen Michael's car in the two days before it was recovered."

It is now over two weeks since he was last seen

Detective Superintendent Chadwick also said they are investigating a number of possibilities and "are not ruling out the he [Michael] is still alive; but it is now over two weeks since he was last seen."

Superintendent Chadwick also went on to say that, "Michael is vulnerable due to some mental health concerns and his family are understandably desperate to find out what has happened to him."

In the CCTV released by GMP, Mr Martin can be seen approaching his black Ford Focus on the petrol station forecourt, before entering the shop and speaking to an unknown male.

Mr Martin then leaves the shop, and runs across the road, down a lane way.