POLICE have renewed their appeal to find a Northern Irish man who has been missing from his home in Norwood, London since June 13.

Robert Gibson, 45 and originally from Ballinderry in Co. Derry, left his home in Gipsy Hill at about 3pm that day to go for a walk.

The Metropolitan Police were informed that he was seen at 6.45pm that day catching a catamaran boat from Portsmouth to Ryde on the Isle of Wight.

According to newly released CCTV images, he was last seen at 7.45pm at an Isle of Wight Co-Operative supermarket on Landguard Road. 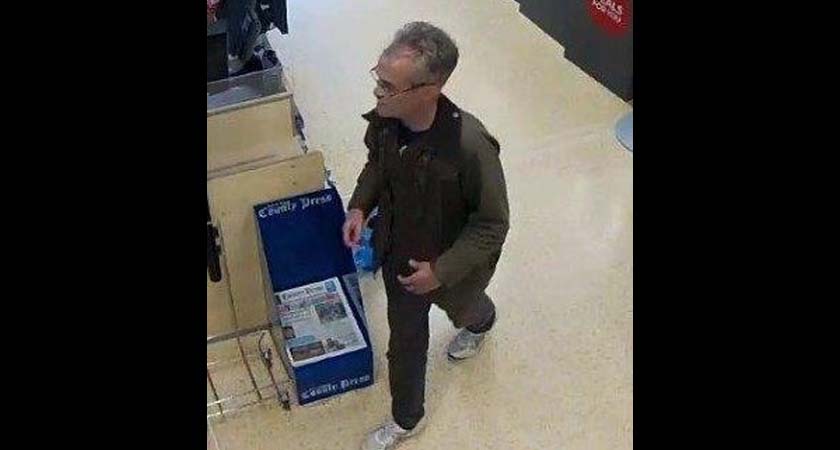 Robert Gibson was last seen in the Co-Operative supermarket in the Isle of Wight. Picture: Metropolitan Police

He was seen walking out of the shop to the car park before heading in the direction of Shanklin Town Centre, police said.

Mr Gibson's family said they were growing increasingly concerned for his safety.

Mr Gibson, who enjoys coastal walks and often stays at campsites, is described as white, six foot tall and of slim build with grey hair. He wears black-rimmed Prada glasses.

He was also carrying a blue Co-Op bag for life and was wearing a green/khaki Barbour style jacket when last seen.

Anyone with information on his whereabouts is asked to call police in Lambeth on 101 or the charity Missing People on 116000.