It marked the first time in history that the Pontiff marked this holiest of days in near-solitude.

Normally thousands of tourists would descend on Rome to mark the start of Easter.

However, the ongoing coronavirus pandemic has left much of the world’s Catholic population in lockdown for the foreseeable future.

Eager to respect the current COVID-19 regulations, Pope Francis held the symbolic Mass without a congregation.

Joined by a handful of priests and nuns along with a reduced choir, all in attendance were careful to keep a safe and necessary distance from one another.

Millions more joined in with the service via internet, radio and television broadcasts.

It proved a rousing occasion, with Pope Francis using the Mass to encourage young people to step up and help others during the pandemic. 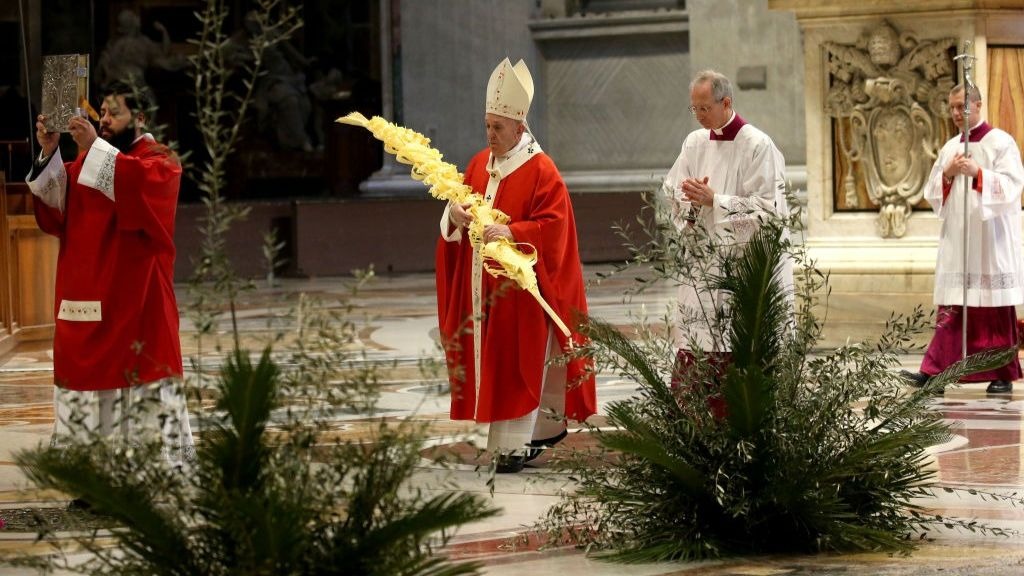 “The tragedy we are experiencing summons us to take seriously the things that are serious, and not to be caught up in those that matter less”, the Pope said

He called on believers during these holy days to “reach out to those who are suffering and those most in need. May we not be concerned about what we lack, but what good we can do for others.”

“Loving, praying, forgiving, caring for others, in the family and in society” can be difficult, Pope Francis admitted. “But the path of service is the victorious and lifegiving path by which we were saved”.

"Look at the real heroes who come to light in these days: they are not famous, rich and successful people; rather they are those who are giving themselves in order to serve others," he continued.

"Feel called yourselves to put your lives on the line," the Pope added. "Do not be afraid to devote your life to God and to others, it pays!"

Palm Sunday mass represents the beginning of Easter Week, what is viewed as the most important week of the Christian liturgical calendar, culminating in Easter, next Sunday, April 12.