The 84-year-old pontiff led his weekly prayers from a balcony of the Gemelli Hospital in Rome, and appeared to be in good health.

The Vatican said His Holiness had responded well to the treatment for "symptomatic diverticular stenosis" of the colon - surgery to remove a portion of his colon that had narrowed due to inflammation.

At first, Francis' voice sounded a bit weak, but his cheery body language suggested he was on the mend.

"I am glad to be able to keep the Sunday Angelus appointment, even here," Francis told the crowd.

"I have deeply felt your closeness and the support of your prayers. Thank you from the bottom of my heart." 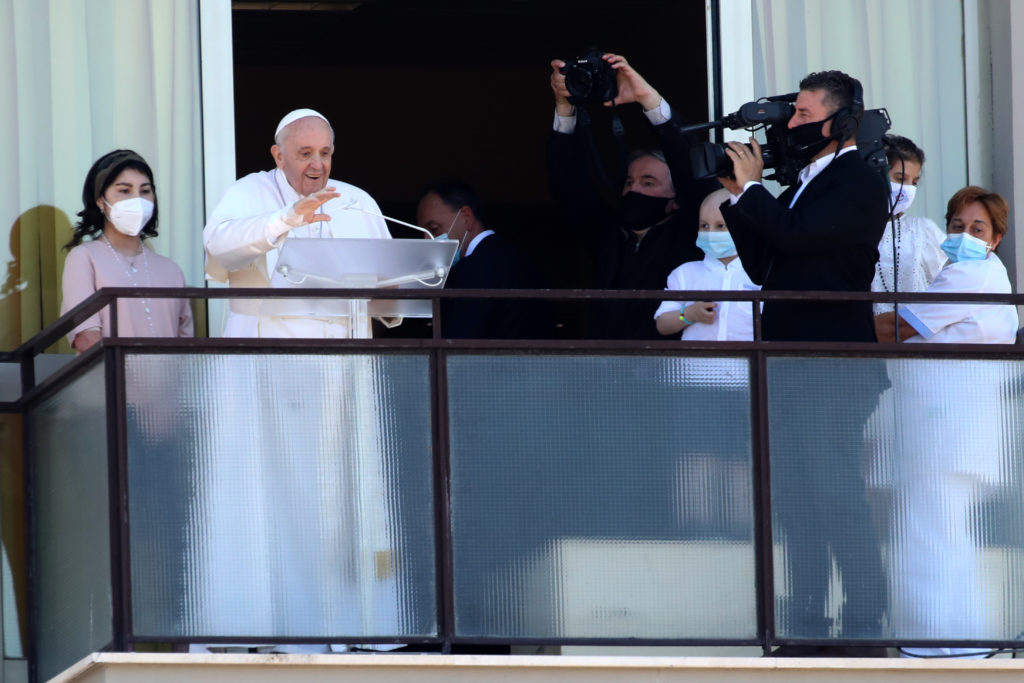 He said he had "experienced how important good health care is, accessible to all, as it is in Italy and in other countries."

As he usually does, Francis spoke of current events and of issues close to his heart. He reiterated his closeness to Haiti's people, as he recalled the assassination last week of its president and the wounding of the first lady.

Francis prayed that the people of Haiti could "start going down a path toward a future of peace and of harmony."

He ended with his usual invitation "don't forget to pray for me," drawing rousing applause.

It isn't clear how long he will remain in hospital for treatment.