PRESIDENT Michael D Higgins was among the mourners in attendance as the funeral of musical legend Paddy Moloney took place this morning.

The President and his wife Sabina, joined friends and family of The Chieftains founder at the Mass held at St Kevins Church in Glendalough, Co. Wicklow. 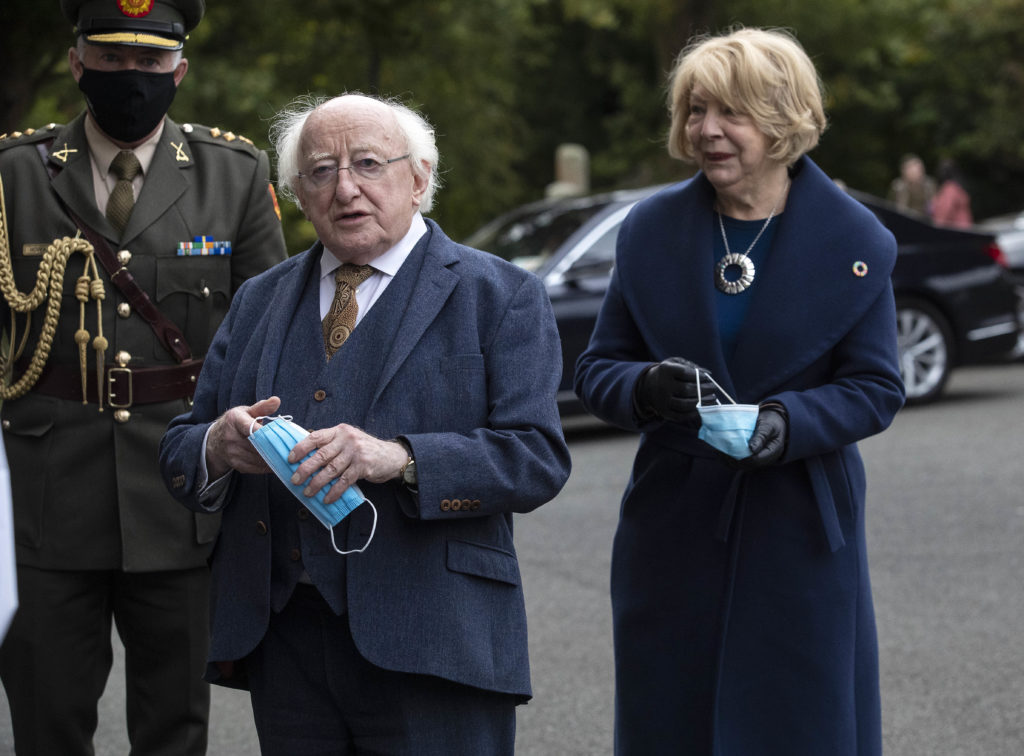 Fellow musicians, including Joe McKenna and Louise Mulcahy, were also in attendance to pay their respects to one of Ireland’s greatest musicians, who passed away on Tuesday, October 12. 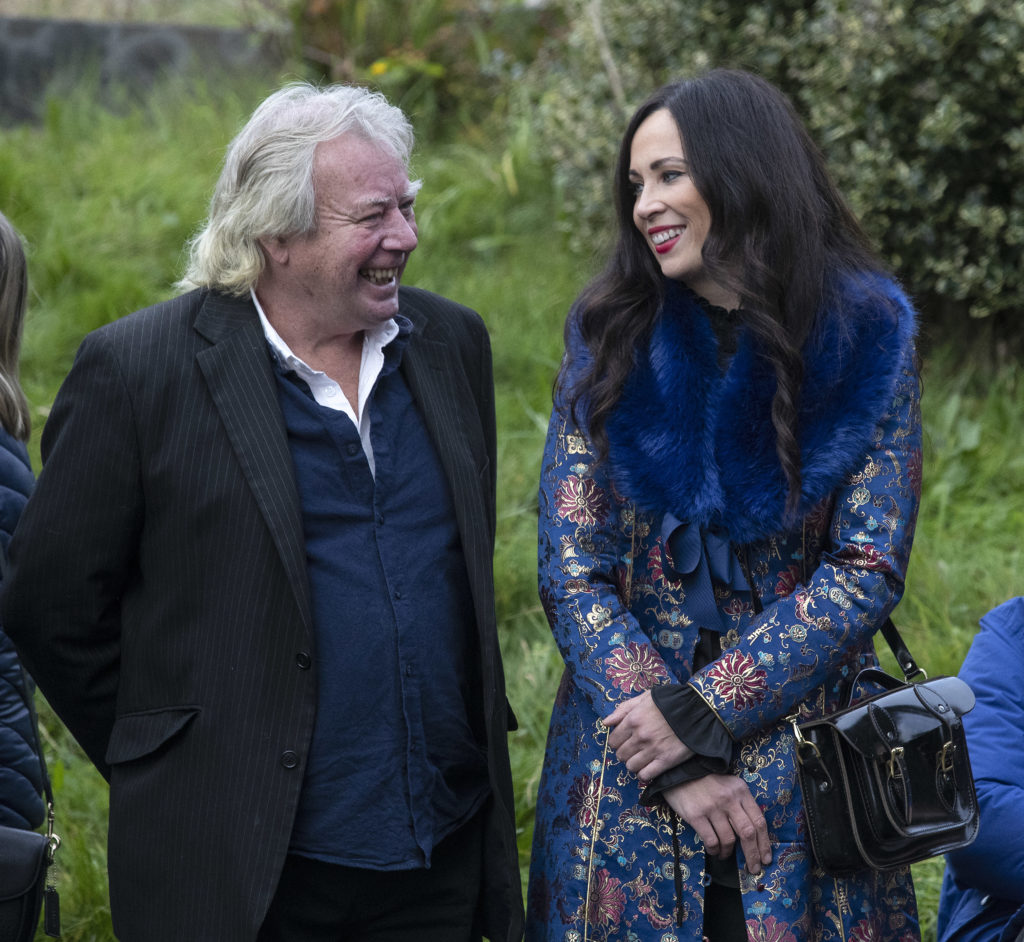 Born into a musical family in 1938, Mr Moloney grew up in Dublin.

He formed The Chieftains in 1962 and went on to enjoy a long career in the music industry as a musician, composer and producer. 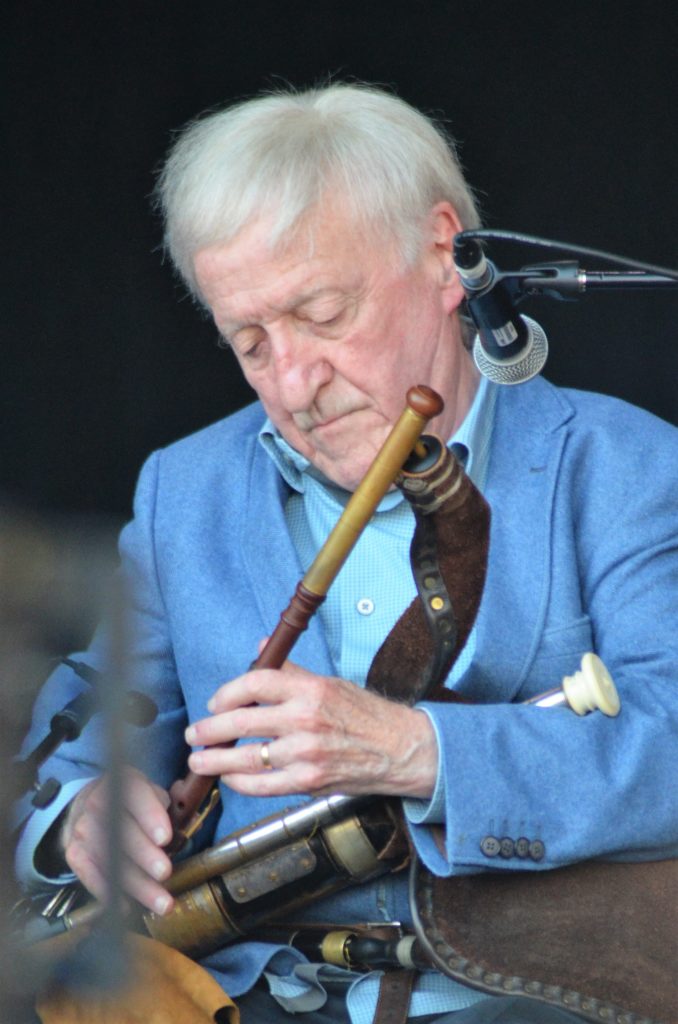 Following news of his passing, President Higgins paid tribute to his “extraordinary skills as an instrumentalist”.

“The Irish music community, and indeed the much larger community throughout the world who found such inspiration in his work, will have learnt with great sadness today of the passing of Paddy Moloney, founder and leader of the Chieftains,” the President said in a statement.

Paddy was the energetic driving force and primary composer and arranger with The Chieftains, and it was his selection of the musicians that he hand-picked to join the group that were able to create the unique innovative sound he had in his mind. 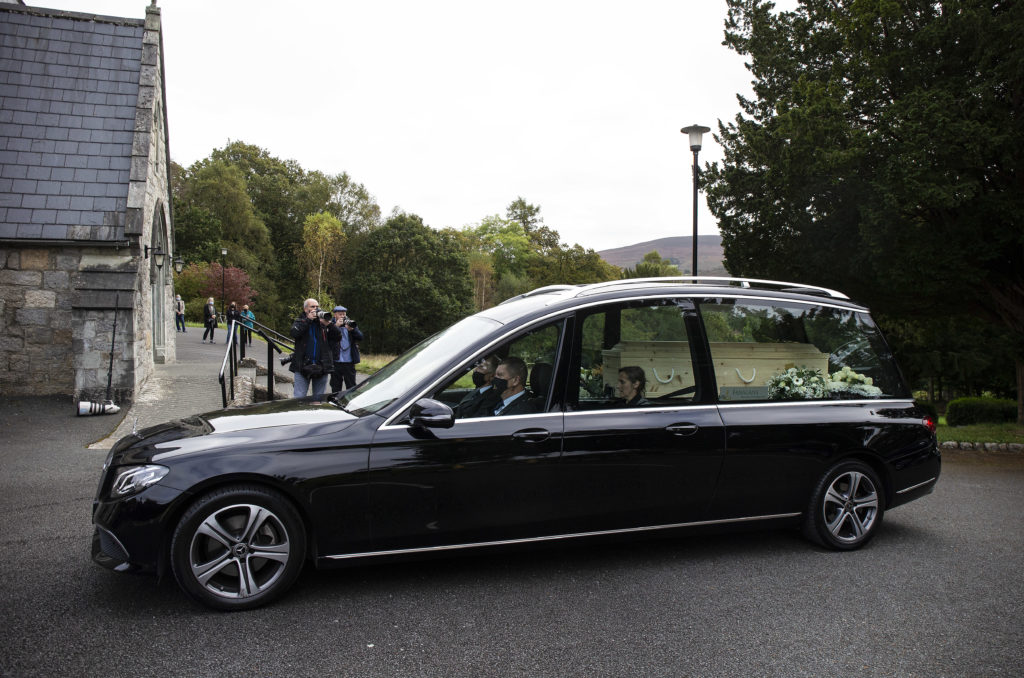 The hearse arrives at St Kevins Church in Glendalough, Co. Wicklow for the funeral of Paddy Moloney. (Pic: Damien Eagers/RollingNews.ie)

He also composed for many films and TV programmes, from Treasure Island and The Grey Fox to Braveheart, Gangs of New York and, most influential of all, Stanley Kubrick’s Barry Lyndon.

Paddy grew up in a musical family and began playing a toy plastic whistle first, before moving on to the tin whistle. 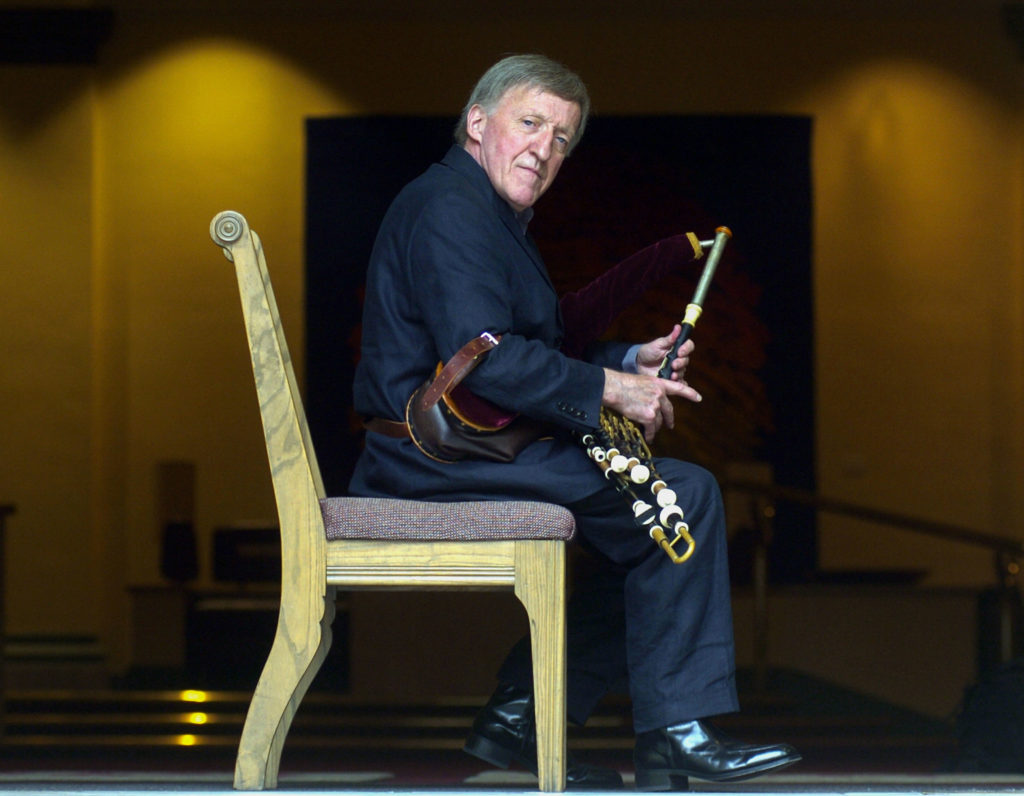 Paddy Moloney founded The Chieftains in 1962

When he was eight he moved on to the uilleann pipes.

He was taught by the master of this complicated instrument, Leo Rowsome, from whom Paddy persuaded his parents to purchase his first set of pipes.

Moloney leaves behind his wife Rita and children Aonghus, Pádraig and Aedín.