Síoda was one of two Bernese Mountain dogs the President of Ireland owned, along with Brod.

Her sad death was confirmed by Áras an Uachtaráin in a weekly newsletter.

She had been recovering following an operation earlier this year.

Something of a celebrity in her own right alongside Brod, Síoda brought joy to countless millions with her appearances alongside President Higgins.

She was present for the visit of British royalty Prince William and Kate Middleton as well as Prince Harry and Meghan Markle and won plenty of fans during an encounter with the Irish women’s field hockey team.

A much-loved presence at Phoenix Park, where she was often found greeting guests, Síoda and Bron even drew fans online, with an unofficial Instagram account popping up in their name. 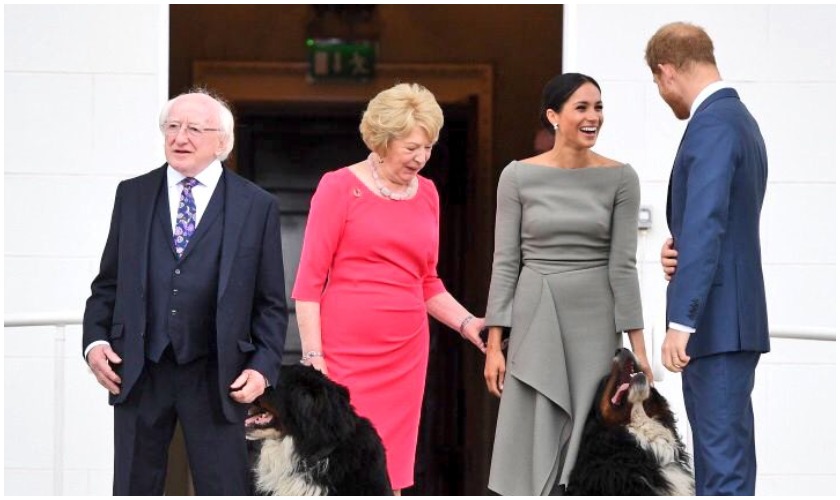 Her death has left many at a loss.

"Bawling my eyes out at the loss of Síoda," one fan wrote online.

"One of the nation's favourite doggos," they added.

"I've no doubt that she offered so much support to President Higgins and Sabina in these uncertain times, and I offer my condolences to them. See you on the other side doggo."

President Higgins has yet to issue a formal statement on the matter, but he had made no secret of the affection he had for his canine companions.

Discussing his love of dogs back in 2018, the President of Ireland said: "They're a very sociable breed and they're very safe children, and I've always had dogs all my life."