COOKSTOWN, NORTHERN IRELAND - MARCH 22: Prince Charles, Prince of Wales and Camilla, Duchess of Cornwall meet volunteers at the Superstars cafe where they met local businesses and members of the community during their two-day visit to Northern Ireland on March 22, 2022 in in Cookstown in County Tyrone, Northern Ireland. Their Royal Highnesses are on the first day of a two day visit to the province. (Photo by Liam McBurney - Pool/Getty Images)

PRINCE CHARLES and Camilla will today begin a three-day visit to Ireland as part of a series of royal tours to celebrate the Queen's Platinum Jubilee.

The pair have visited the country every year since 2015 and have only been interrupted by the pandemic in the past two years.

They will begin their visit in country Waterford, Ireland's oldest city, and finish at the Rock of Cashel in Co Tipperary where the Queen made a landmark visit in 2011. This will be Their Royal Highnesses first official visit to both counties, having visited ten other counties previously.

Throughout the visit, they will meet with local community groups, businesses and first responders who worked to support others through the pandemic. Prince Charles will meet farmers, officials and community organisers who are helping Ireland to meet its climate change goals by producing food and drink more sustainably.

They will also meet members of the Ukraine community and will recognise Ireland's support for Ukraine including among local communities.

Yesterday, the couple visited Co Tyrone and met local businesses and members of the community.

Charles planted a tree in the gardens of Hillsborough Castle, which is the only royal residence in Northern Ireland. 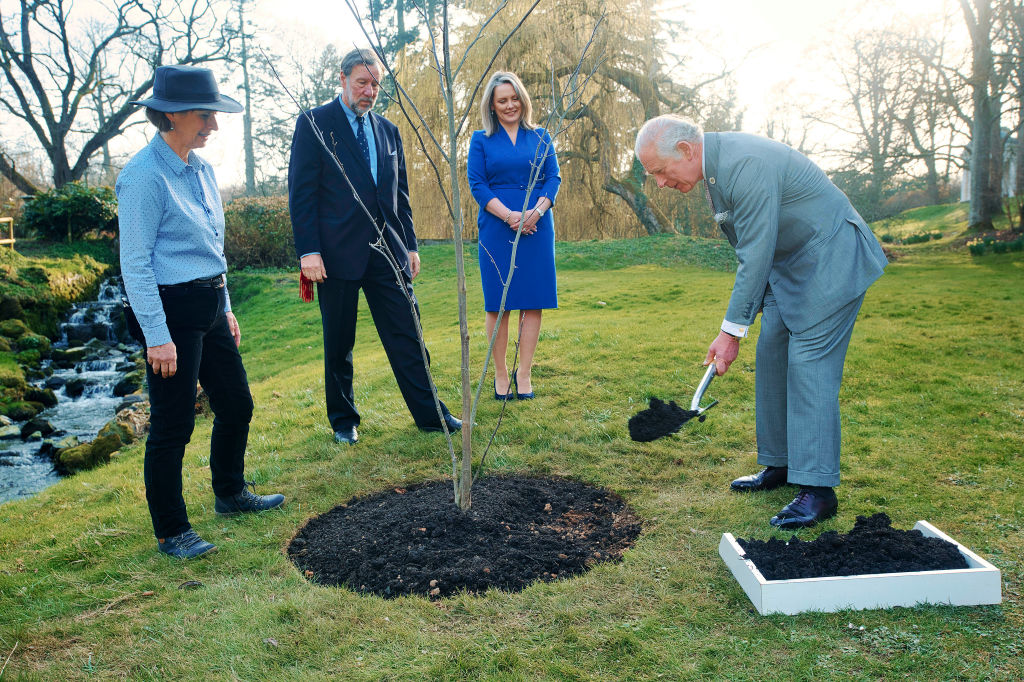 They also last week visited the Irish Cultural Centre in Hammersmith in London.

Senior royals are visiting eight of the 14 Commonwealth countries outside the UK where the queen is also head of state to mark her record-breaking 70th year on the throne.

A series of public events over four days are due to take place in the UK in early June to mark the occasion.

The Queen, who turns 96 next month and has been in fragile health, made history in 2011 when she became the first British monarch to visit Ireland since its independence.

What Ireland gave the Prince: List of gifts received by the Royals during 2017 visit