BELLAGHY, NORTHERN IRELAND - MAY 09: HRH Prince Charles and the Duchess of Cornwall sign the visitors book as they visit the Seamus Heaney Home Place on May 9, 2017 in Bellaghy, Northern Ireland. The arts and literary centre in Heaney's home town celebrates the late Poet Laureate's life and work via an interactive exhibition, aretfacts, photographs and manuscripts. The Royal couple are on a two day visit to Northern Ireland. (Photo by Charles McQuillan/Getty Images)

THE PRINCE of Wales and Duchess of Cornwall will visit President Higgins at Áras an Uachtaráin today having begun their trip to Ireland in the home of Nobel Prize winner Seamus Heaney.

The royal couple were in Northern Ireland yesterday, May 9, where they hosted a musical evening in Hillsborough Castle and officially opened a memorial garden for PSNI officers who lost their lives while in service.

During the visit to Northern Ireland, they also visited the Seamus Heaney Home in Bellaghy, Magherafelt.

President Higgins and his wife Sabina will welcome the Prince and Duchess to Áras an Uachtaráin where it is expected they will attend a number of events. 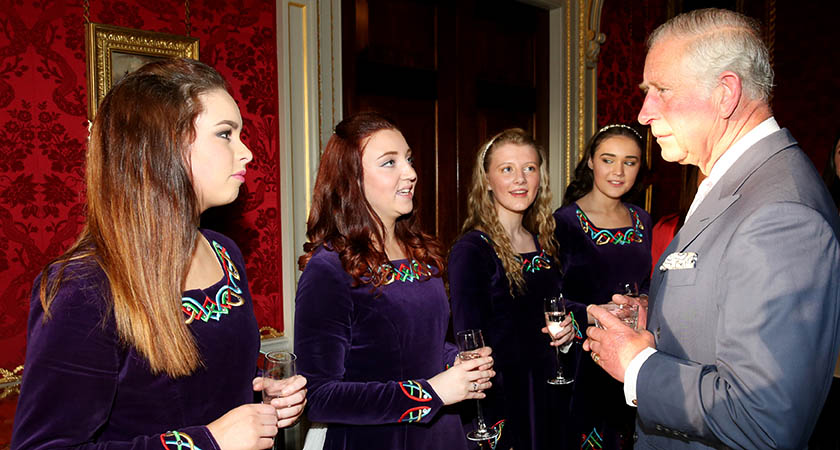 The royal couple will then be invited to sign the Visitors' Book at the Áras, followed by a meeting between President Higgins and Prince Charles.

President Higgins and his wife will accompany Prince Charles and the Duchess to the Peace Bell on the grounds.

The Peace Bell was unveiled on the 10th anniversary of the Belfast Agreement by President McAleese in 2008 and is held up by oak from Antrim and Dublin.

The Duchess of Cornwall, Prince of Wales, President Higgins and his wife will then meet with young people who have excelled in the fields of sport, art, music, science, agriculture and advocacy.

This evening, the President and Sabina will host a private dinner for their guests.

During their visit, Prince Charles and the Duchess of Cornwall will also visit Kilkenny Castle, where they will see some traditional music and watch a hurling demonstration.

Price Charles will also tour the United Nations Training School Ireland at the Curragh Camp in Co. Kildare, while the Duchess will visit the Irish National Stud.

The Prince and Duchess will also attend ceremonies at Glasnevin Cemetery in Dublin to commemorate those who lost their lives in the First World War and during the Easter Rising.

Whilst in Dublin, His Royal Highness will also meet An Taoiseach, Enda Kenny and Their Royal Highnesses will conclude their visit by attending a Reception at the British Ambassador's Residence.

What Ireland gave the Prince: List of gifts received by the Royals during 2017 visit