PRINCE WILLIAM and Kate Middleton ended the first day of their Ireland visit with a well-earned pint of Guinness.

The Duke and Duchess of Cambridge concluded a busy day of Royal engagements with a trip to the world-famous Guinness Storehouse in Dublin.

William spoke to guests from the worlds of sport, film, television and the armed forces at a special reception in the Irish capital.

It proved a memorable address with the Duke of Cambridge beginning his speech with a few words of Irish.

"We are very much looking forward to our next two days in Ireland, where I have no doubt we will continue to be impressed by the creativity, warmth and hospitality the Irish people have to offer.”

The Prince went on to raise his pint of Guinness before uttering the familiar Irish toast of "Sláinte" and taking a sip. 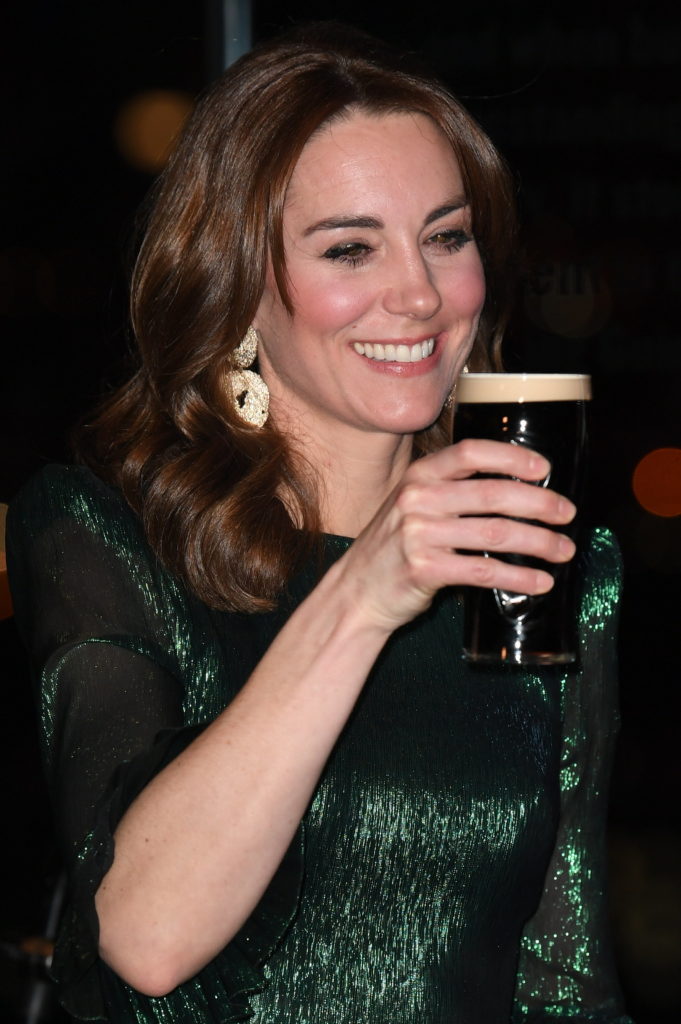 DUBLIN, IRELAND - MARCH 03: Catherine, Duchess of Cambridge drinks a pint of Guinness during a reception with Prince William, Duke of Cambridge, hosted by the British Ambassador to Ireland Robin Barnett, at the Guinness Storehouse’s Gravity Bar during day one of their visit to Ireland on March 03, 2020 in Dublin, Ireland. (Photo by James Whatling - WPA Pool/Getty Images)

It came after a busy afternoon which began with a visit to the residence of Irish President Michael D Higgins, Áras an Uachtaráin.

The meeting saw the duke and duchess of discuss the potential impact of Brexit and the importance of the Good Friday Agreement.

Later the duke and duchess met with Taoiseach Leo Varadkar and later travelled to the Garden of Remembrance in Dublin - dedicated to people who fought for Irish independence – to lay a wreath.

The wreath featured the handwritten message: "May we never forget the lessons of history as we continue to build a brighter future together."

The couple had earlier said in a statement they hoped the Ireland visit would “build on the theme of remembrance and reconciliation”.