A REFERENDUM is likely to be held in Ireland asking the electorate whether millions of Irish living abroad should have a vote in the next Presidential election.

A spokesman for the Department of the Taoiseach told The Irish Post why a referendum was necessary: “Any such vote granted to those not living in the Republic would require a change in the constitution. This in turn needs a referendum to enact such a change.”

The department confirmed that discussions have been entered into by the Minister for the Diaspora Joe McHugh. However, no date had been fixed for any referendum and neither had the exact wording of any such question been formulated.

Minister McHugh is believed to be strongly in favour of granting a Presidential vote to members of the Diaspora. He may even advocate extending the electoral franchise to cover elections to the Dáil in the future. The minister also confirmed that he was in discussions about measures that will make it easier for emigrants to return home. 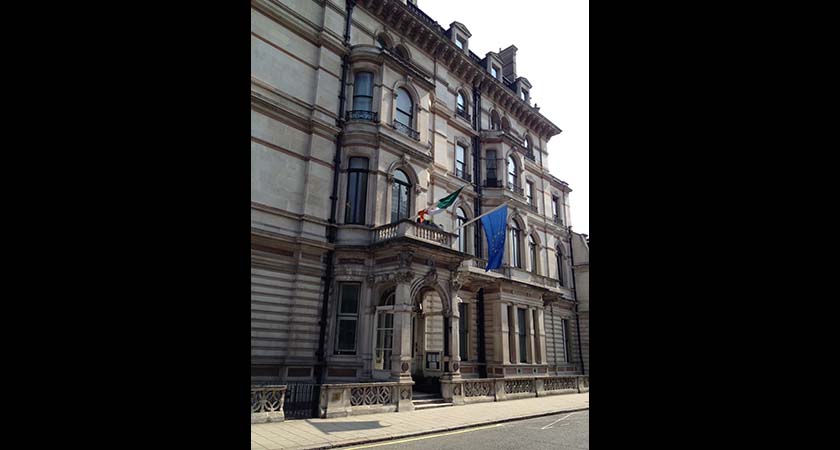 The Irish Embassy in London told The Irish Post that the issue of giving Irish citizens outside the State the right to vote in Presidential elections was considered by the Convention on the Constitution in September 2013, with the majority of members broadly in favour of extending voting rights.

The Embassy added: “Most recently, the issue was discussed at the interdepartmental committee on the Irish Abroad, which was chaired by Minister McHugh.

“When the analysis is complete it will then be a matter for Government to decide on whether to hold a referendum on this issue, as it has been already established that an amendment to the constitution will be required.”

Peter McNulty, CEO of Irish in Britain, told The Irish Post that he welcomed the news of progress.

He said: “Irish people wherever they are in the world remain a part of the Irish nation with many advocating for the nation in all corners of the world, it is only fitting therefore that they have a say in who the head of the nation is. We look forward to hearing the proposal and timeframe set out by the Government on the voting referendum.”