THE POPULATION of the Republic of Ireland has risen above 5 million for the first time since the Great Famine, new figures show.

There are now over 5 million people living in the 26 counties of the Republic of Ireland, for the first time since 1851, the Central Statistics Office has revealed.

The Great Hunger of 1845 - 1852 saw one million people in Ireland die from starvation and exposure, with one million more emigrating-- many to the United States, where they established one of the strongest Irish communities in the world, with about 32 million Americans believed to be of Irish descent. 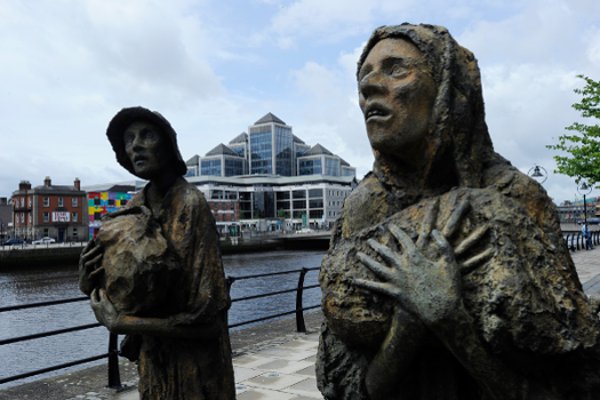 The Central Statistics Office (CSO) has revealed that the Republic's current population is believed to be 5.1 million people, up from 4.97 million 12 months ago.

The increase is due both to more children being born in Ireland, as well as positive net migration, which saw 65,200 people move to Ireland from abroad compared to 54,000 people leaving Ireland to live elsewhere.

Despite 65,200 immigrants moving to Ireland in the past 12 months, this is down 24% from the previous year-- and some 30,000 of those are understood to be Irish nationals returning to Ireland, in part due to the Covid-19 pandemic which saw many returning home while they were furloughed or working remotely.

According to The Irish Times, 7,300 more Irish people returned to live in Ireland in the past twelve months than those who moved abroad.